Home International News Parents flee with daughter’s coffin after prophet told them he had a... 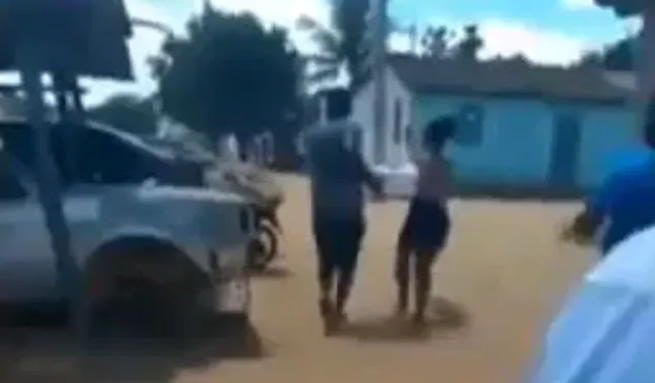 Grief stricken parents shocked many when they decided to run off with their baby daughter’s coffin after pastor conducting service said he “had a vision she was still alive”.

Footage shows chaos unfold as the pair made off with the tiny white coffin during her 22-month-old tot’s funeral in Brazil as a group of people ran behind them.

A woman is then seen placing the casket inside a car as the person filming says “God Almighty” before ending the video.

The baby was reportedly taken to a hospital in Itaete, Bahia, last week on March 25, as she wasn’t showing any vital signs.

Doctors battled to resuscitate the youngster for around 30 minutes, but she was pronounced dead in the early hours, it is reported.

Her cause of death is unknown and is still under investigation. 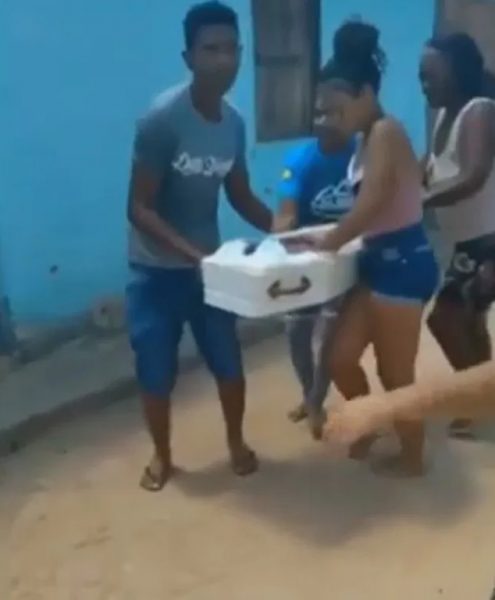 The heartbroken family made the funeral arrangements to take place later that day.

However, they were taken aback when during the ceremony the pastor is said to have told them he had ” a vision the baby was still alive”.

Dramatic footage then shows the parents running along a street in Colonia with the tiny coffin as other followed on.

The baby was taken back to the municipal hospital, but was confirmed dead for a second time.

The family reportedly told police that the child had “moved” during the funeral.

An investigation into the incident is ongoing.