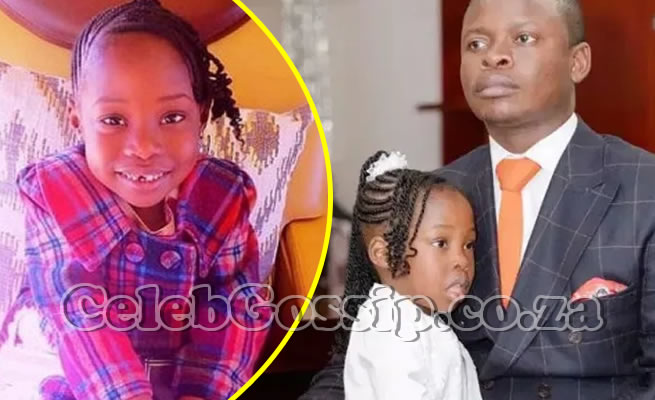 Self-proclaimed prophet Shepherd Bushiri's daughter Israella will be buried in Malawi on Thursday. Bushiri announced the death of his daughter on Monday.

Shepherd Bushiri said on Tuesday his daughter's burial will take place on Thursday at Ntcheu Boma.

"The families of prophet Shepherd Bushiri and prophetess Mary Bushiri would like to inform the general public that the remains of saint Israella Bushiri, who went to be with the Lord on the morning of March 29 2021 at a hospital in Kenya, will land at Kamuzu International Airport this Wednesday,” he said in a statement on Facebook.

“A memorial service to celebrate her life will be held from 5pm at Golden Peacock Hotel in the heart of Lilongwe city,” he said. Bushiri said Israella had always offered him and Mary "great comfort and enlightenment”.

Last month the Enlightened Christian Gathering pastor’s daughters and mother-in-law were prevented from leaving Malawi to travel to Kenya. Soon afterwards Israella was allowed to travel for treatment with her guardians.

Bushiri blamed South African government of causing his daughter's death and said a doctor had advised that if her daughter, Israella had not been blocked at the airport when she initially needed to travel to Kenya for medical assistance, she would not have died.

"It is very disheartening and sad, therefore, that my daughter has become a victim of the persecutions we are facing from SA,” he said.