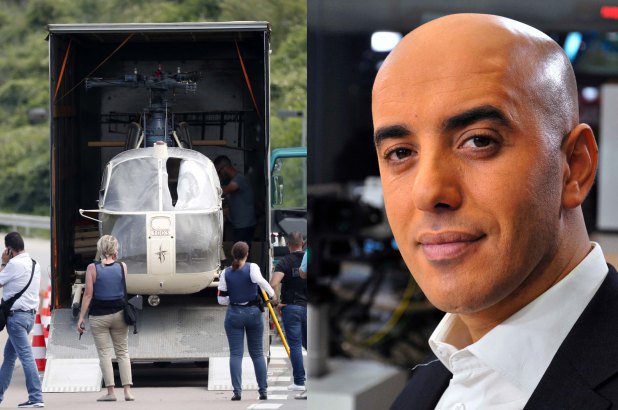 A French gangster is on the run after being broken out of prison by heavily armed gunmen and escaping in a helicopter that landed in the prison grounds, security sources said on Sunday.

Redoine Faid was serving a long-term sentence at a prison south of Paris for armed robbery and the murder of a policewoman in 2010 after a heist that went wrong.

He is one of the country’s most famous gangsters with a long career as a thief which he has said was inspired by Hollywood blockbuster movies such as “Scarface” and “Heat”.

According to the sources, three armed gunmen arrived at the entrance of the prison demanding Faid’s release to create a diversion.

Simultaneously, a helicopter landed in the prison courtyard, which was not covered by any nets. Gunmen then took Faid from the visiting room where he was and fled in the helicopter, the sources said. Nobody was injured.

The helicopter, whose pilot may have been taken hostage, was found burnt out north of Paris.

“Everything is being done to locate the fugitive,” an official at the interior ministry said.

Faid had already previously escaped from jail. In 2013, he had taken four prison guards hostage before using dynamite to blow his way out of prison and fleeing in a waiting getaway car.

He was on the run for six weeks before police captured him in a hotel with an accomplice.

An Interpol red notice at the time, the closest instrument to an international arrest warrant, described Faid as dangerous.

Following a decade in prison, he was released under conditions in 2009 after convincing his parole officers that he had changed. His fame has increased since then following appearances in several television shows and authoring books recounting his past and rise as a criminal in Paris’ tough suburbs.