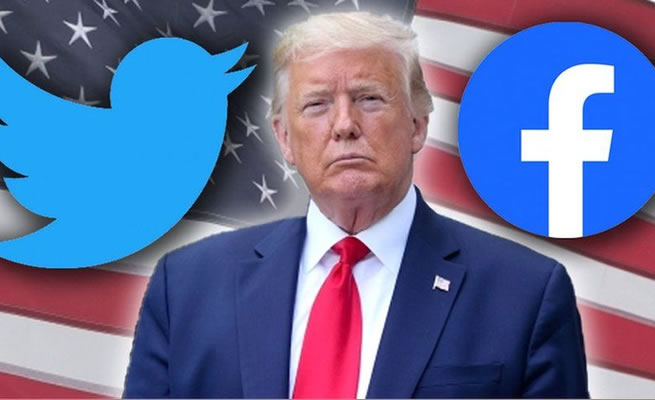 Former president Donald Trump, who has been banned from Twitter and other major social-media platforms, said he’s working on his own platform to reach his followers that could be announced soon.

“I do think that we’re going to see president Trump returning to social media in probably about two or three months,” Jason Miller told Fox News.

“It’s going to completely redefine the game, and everybody is going to be waiting and watching to see what exactly president Trump does, but it will be his own platform,” said Miller, who held senior posts in both of Trump’s presidential campaigns.

President Trump told Fox News that he will shed more light about his own social media platform very soon.

“I’m doing things having to do with putting our own platform out there that you’ll be hearing about soon,” Trump said in an interview for Fox News contributor Lisa Boothe’s initial podcast “The Truth” released on Monday. “I’ll be telling you pretty soon.”

Twitter Inc., Trump’s favorite social-media platform, permanently banned his personal account in January for breaking its rules against glorifying violence after he encouraged his supporters to march on the Capitol on Jan. 6 in what became a deadly attempt to stop the counting of Electoral College votes for President Joe Biden.

Trump boasted on Boothe’s podcast that despite the bans, his press releases making statements and endorsing candidates are getting picked up by media outlets “much better than any tweet.”

In an interview with Newsmax on Monday night, he called the press releases are “more elegant” and that they avoid the risk of a retweet from someone who might put “you in a little difficulty.”

Asked about starting his own platform, Trump said, “I have tremendous options.”

Trump’s provocative use of social media was a defining feature of his presidency, as he drew 88 million followers to Twitter and often used tweets to slam his critics or to announce personnel changes or significant policy shifts.

But Twitter permanently suspended his @realDonaldTrump account after he used it to encourage people to take part in the rally that turned into the violent storming of the US Capitol on January 6.

Since leaving Washington and returning to his Mar-a-Lago resort home in Florida, the former president has kept a relatively low profile, largely relegated to issuing occasional news releases.

But Miller said Trump had been hard at work.

“There’s been a lot of high-power meetings he’s been having at Mar-a-Lago with some teams of folks who’ve been coming in,” Miller said. “There have been numerous companies.”

Miller provided no other details, nor did he say if he will be personally involved.

Despite Trump’s defeat in November by Democrat Joe Biden, he remains influential in the Republican Party and has not ruled out a third run for president in 2024.

In fact there are reports that Trump is going to contest in 2024 presidential elections, either as the Republican Party candidate or he is going to launch his own political party.