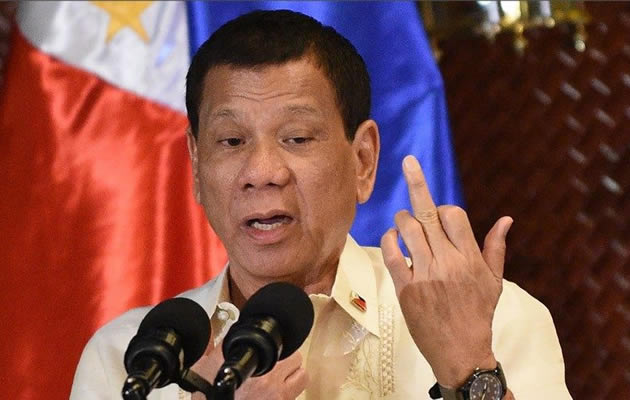 Rodrigo Duterte, the president of the Philippines, is stirring up controversy for speaking out against God and even calling Him “stupid.”

Slate.com reports that, in a speech last Friday, Duterte questioned the truth of the Bible and said “Who is this stupid God? This son of a b**** is then really stupid. How can you rationalize a God? Do you believe?”

Duterte quckly received pushback and criticism for his harsh comments, especially from religious leaders in the Philippines, which is Asia’s largest Catholic nation.

Catholic bishop Arturo Bastes responded to Duterte’s comments by stating, “Duterte’s tirade against God and the Bible reveals again that he is a psychological freak, a psychopath, an abnormal mind who should have not been elected as president of our civilized and Christian nation.”

In addition to his comments against God, Duterte also cursed the Pope, the European Union, and the United Nations, according to The Telegraph.

Slate reports that the Philippines is more than 80 percent Catholic, with another 10 percent of the population belonging to other Christian denominations. Duterte has often clashed with his country’s religious leaders, and particularly Catholic clergy.