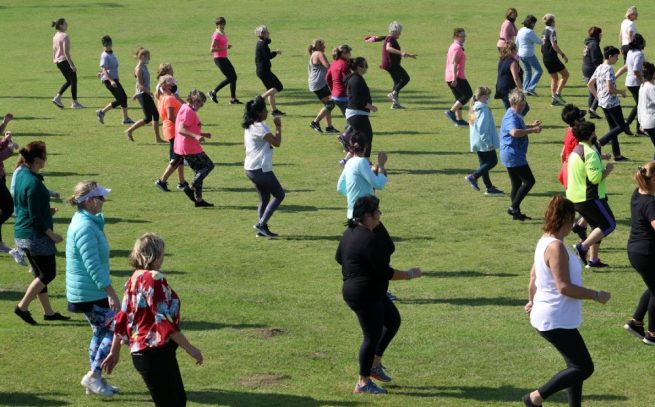 BERLIN – A German state said it was forced to fork out for licence fees to Warner Music after several police forces took part in the "Jerusalema" viral dance challenge.

The song by South African DJ Master KG became a global hit last year after it was used as the soundtrack to a video by a group of dancers in Angola.

Groups of staff at businesses, hospitals, police forces and other workplaces around the world have since filmed themselves dancing to "Jerusalema" as a way of spreading good cheer during the pandemic.

But Warner Music has now written to many of these organisations in Germany demanding licence fees amounting to several thousand euros in some cases, according to a recent report in the Focus weekly news magazine.

The interior ministry for Germany's most populous state North Rhine-Westphalia told AFP on Monday that it had "settled claims from Warner Music on behalf of several police forces" in the region.

A spokesman for Duesseldorf University Hospital told national news agency DPA it had also received mail from Warner Music and had since taken down its video.

The North Rhine-Westphalia Fire Brigades Association warned its members about the licence fees in early January after learning about one such letter, a spokesman told DPA.

Some local fire services have since deleted their videos or cancelled plans to make one, he said.

Warner's move sparked sharp criticism on their Facebook page on Monday, with many users accusing the label of "shabby behaviour".

"You should donate the additional income you now receive… at least the money you get from the fire brigades, police stations, etc," one user wrote.

But the label has defended its action.

"We love the fact that the fans are getting behind 'Jerusalema'. But if organisations in Germany use the song to promote themselves, we think they should secure a dubbing licence," a Warner spokesman told Focus.
eNCA
"In these difficult times, it is more important than ever that artists and performers are paid for their music when it is used by third parties to enhance their reputation," the spokesman said.