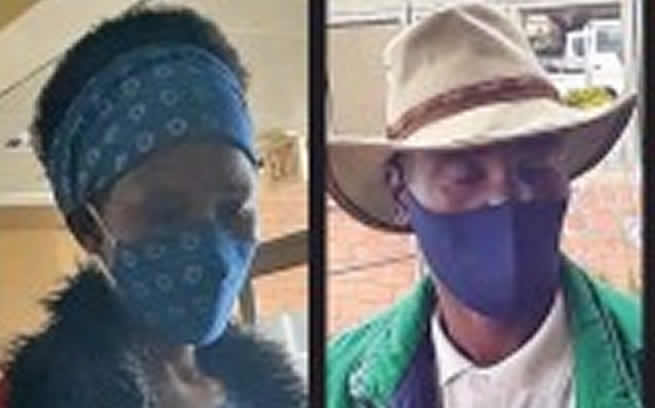 A maintenance case against an absent father took an unexpected turn last week when the dad hit back with counter allegations of infidelity and ‘testicle pulling’.

Accusing his wife of both abuse and cheating, Gasekgakala Motshegare told court he suspected their third child, a severely disabled 15-year-old boy, was in fact not his.

The 52-year-old revealed he married Malebogo Motshegare, 41, in November 2001 and, finding her with child, adopted her first born.

“We only have two children together, the third born is not mine! She gave birth to the third child while I was sick. I had a problem with my leg and we did not have sex for a year. She even fought me, “O ne a nkgoga ka mare**! (She pulled my testicles!)” claimed Gasekgakala, his x-rated language taking Molepolole Magistrates’ Court by surprise.

Highlighting an incident which he insisted confirmed his suspicions, the Letlhakeng native stated, “We once took that child to the clinic and a nurse requested me to stay outside. I asked myself why and it really proved to me that indeed the child was not mine!”

Gasekgakala, who is employed as a night watchman, claimed throughout their 19 years of marriage, his wife was always complaining about money.

“Whenever I spent a night with her in Letlhakeng, she talked the whole night. Now I am staying with my sister in Sorilatholo. Since I started working in March, I give her P500. I am afraid of this woman, I really fear her!” reiterated Gasekgakala, adding he is even considering divorce after moving out of the family home in February.

For her part, although she admitted to having a ‘misunderstanding’ with her husband, Malebogo maintained she never ‘abused his balls’.

The mother-of-four also told court she was shocked at her husband’s cheating claims, adding he had never mentioned such before.

“I never pulled his testicles! We had a misunderstanding once when I asked him about the money. I told him that I washed, cooked and did everything while he could not provide anything and then I stopped him from going to work. I cannot deny that we fought, we were inside the house and later on I called his uncle and aunt to inform them.”

The aggrieved woman further said she had no idea why her husband ‘abandoned’ her.

“I do not know why he left home. We had a car, he sold it and claimed it was with the mechanic. Even at the end of the month, he claimed he had not been paid.”

Revealing the extent of her third child’s disabilities, Malebogo told court, “The 15-year-old boy cannot talk; he cannot see and also cannot walk. He uses pampers and needs toiletry. He needs money for transport when I take him for checkups. I am only being assisted by his aunt, the monthly P450 for disabled people and P500 coupon provided by government is not enough.”

Presiding over the case, Magistrate Kefilwe Resheng ruled Gasekgakala should pay monthly maintenance of P1,200 for the disabled teenager as well as the youngest, a 13-year-old girl, until she turns 18.

The Magistrate further advised the couple to take a paternity test to settle any doubts over the disabled boy’s biological father.

Leaving court together, the Motshegares walked the short distance to the registry office to enquire about the procedure for conducting a paternity test.