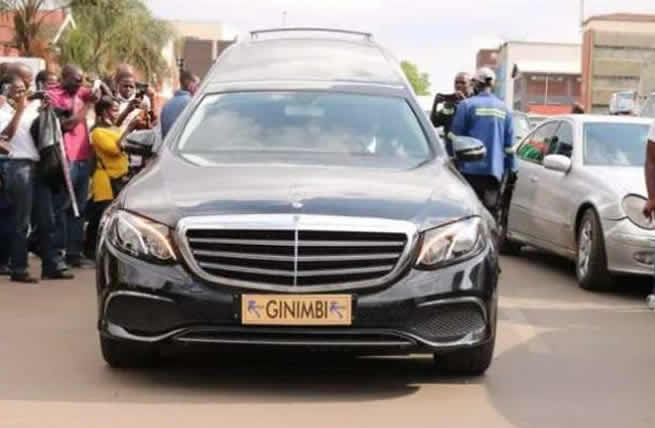 An online news source Techmag TV has reported that the Doves Funeral Services Hearse that was carrying Ginimbi’s body to his Domboshawa mansion was involved in an accident forcing the company to change the coffin into another vehicle.

Doves had earlier posted on its social media platforms celebrating their latest acquisition which they unveiled yesterday at Ginimbi’s funeral costing half a million dollars.

According to Techmag TV, the new hearse was hit by a taxi bus which disappeared from the scene after taking advantage of the fact that it was already at night.

“The brand new Mercedes benz Hearse which was carrying Ginimbi’s body was a crushed by a taxi bus, damaging its front left suspension to a halt, they had to change the coffin to another hearse so the funeral proceeds,” Techmag TV reported.