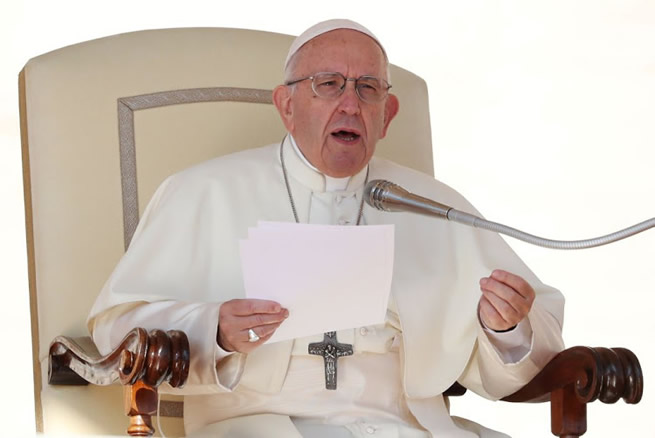 The pope's comments in support of same-sex civil unions did not go far enough and could even harm the campaign for same-sex marriage, LGBTQI+ rights campaigners said on Thursday.

In a documentary titled Francesco released on Wednesday, the pontiff said same-sex couples needed legal rights, and "homosexual people have a right to be in a family", his clearest language on the subject since his election in 2013.

However, after years of opposition from the Catholic church to same-sex marriage, the pope's comments will do little to advance LGBTQI+ rights or repair the damage done to gay people, said LGBTQI+ campaigners in majority-Catholic Latin America.

"Given the church's history, I don't believe this approach is one of inclusion with respect to the rights of the LGBTQI+ population," said Diane Rodriguez, president of the Ecuadorian federation of LGBTQI+ organisations.

"This is more like a wink of the eye. It's not like saying LGBTQI+ people should be loved and welcomed."

The Catholic church teaches that same-sex attraction is not sinful, but homosexual acts are, even though LGBTQI+ people should be treated with dignity.

Following a high court ruling that was publicly rejected by Catholic church leaders, Ecuador legalised same-sex marriage last year, one of 28 countries to do so.

LGBTQI+ rights activists said the pope's support for civil unions could undermine the campaign for same-sex marriage in some countries by suggesting a kind of '"separate but equal" alternative.

"Creating an institution that is unequal isn't good because it's also a form of discrimination," said Mariano Ruiz, a board member of the International Day Against Homophobia, Transphobia and Biphobia committee in Latin America.

The pontiff's latest comments echo his stance as archbishop of Buenos Aires, when he vocally opposed same-sex marriage prior to its legalisation in Argentina in 2010, even as he supported some kind of legal protection for same-sex couples.

Ruiz said the pope's comments would still have a major impact on the faithful.

"For a lot of LGBTQI+ people, this declaration can change their lives," he said.

"It's a paradigm shift, but I'd like to see that discourse transformed into action."

Bolivian LGBTQI+ activist Ronald Cespedes welcomed the pope's support amid a push for the national civil registry to recognise a same-sex couple's relationship as a "free union".

Bolivia's constitution recognises free unions between a man and a woman as having the same rights as civil marriage, including those related to property and children.

"The comments from Pope Francis come at an opportune moment for Bolivia," said Cespedes, who is president of the Diversencia Foundation, a local non-profit.

"Without a doubt, by being the declarations of someone seen as a leader of the Catholic church, they will resonate with the Christian population."