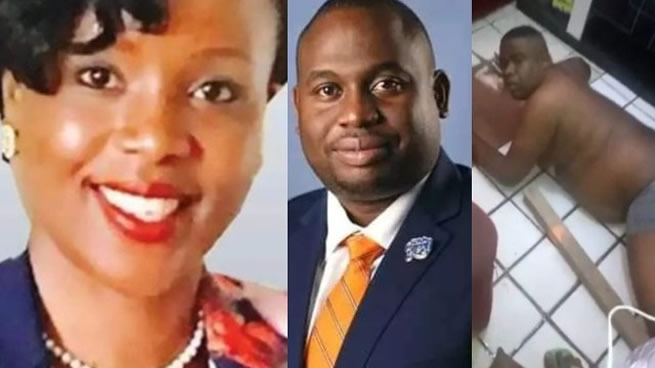 A Ugandan bank manager was killed a few days ago after he was caught bonking someone’s wife.

The deceased, identified as Ivan Kituuka died from multiple shots in the head.

Ivan was a senior manager branch performance and customer experience at Housing Finance and had been with the bank for close 10 years.

According to a letter circulating on social media, Kituuka was warned that he would be shot within 72 hours from the writing of the letter unless his employer, the Housing Finance Bank intervened to punish him.

Part of the letter revealed how Kituuka used to fake business trips with Sozzi’s wife to enable them to have a quality time.

Part of the letter by Suzzi to bank Manager Ivan Kituuka read:

You have taken advantage to f*ck anybody you supervise as you dominate them, abuse them and intimidate them in a show off fashion. You have taken my wife to all the dancing halls in the city, squizzing, drinking and f*cking my wife in different lodges.

All those trips you have been faking with my wife in the UK and the US on official bank duty, that merely to defraud the bank to fund your devilish intentions with my wife. Your intention was to go on holiday with my wife and continue f*cking her and nothing to do with bank business. I have all the facts including all the forgeries you did to obtain Visas for her to the said countries.

I have in my possession, videos of you f*cking my wife in the lodge. I cant imagine you incompetently f*cking my wife yet you have a wife at home. With your match stick p**nis entering my wife, ohoo nooo!!.

According to Times Uganda, Kituuka was pronounced dead following the incident