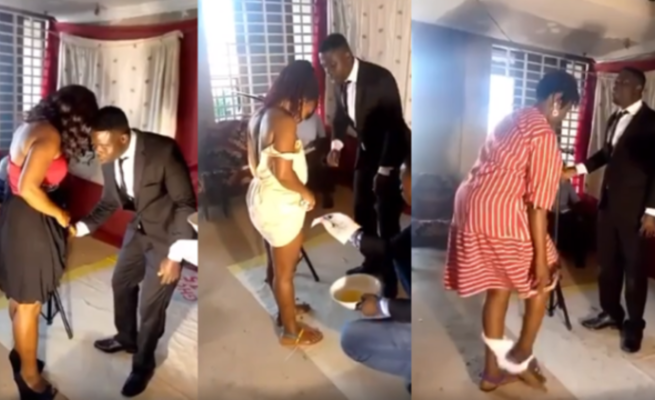 A shocking video has emerged online where a pastor is seen asking his female congregants remove their undergarments and begins to shave their private parts hair.

The video, has attracted a lot of backlash with people pointing out how gullible most people are as the ‘man of cloth’ unashamedly touches females inappropriately.

Such has become the lifestyle of bogus men of God who have cast doubt on Christianity.