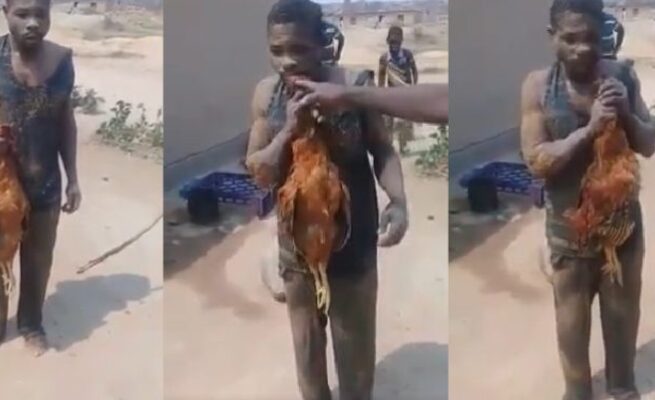 In a case of instant justice, An angry mob forces a man who stole a chicken to eat the whole chicken raw as punishment.

In the video, the thief was caught red–handed with the stolen cock hidden inside his jacket.

Suspicions arose when a dying chicken made unusual sounds inside the thief’s jacket leading to the revelation of his theft.

The case happened in Zimbabwe and according to a witness, the suspect only managed to eat the chicken head before he started vomiting.