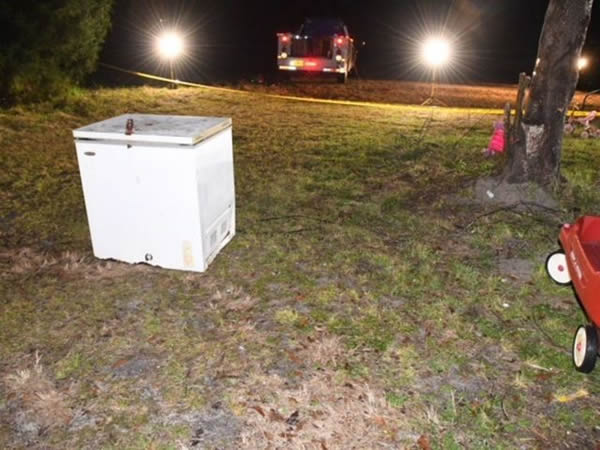 A man got himself into trouble after he forced his wife into a deep freezer filled with water before locking it for some time as punishment for allegedly cheating on him.

Lyton Kanda of Rutendo, Redcliff in Zimbabwe reportedly ordered his wife Ms Lizznet Gumbo into a deep freezer full of water before locking it for about 30 minutes after he accused her of infidelity.

He was slapped with a 14-month jail term after he appeared before Kwekwe Magistrate Mrs Samukhelisiwe Gumbo.

Kanda was found guilty on two counts of assaulting his wife and another one of malicious damage to property.

Prosecuting, Ms Chipo Hungwe told the court that on August 17 this year, Kanda had a misunderstanding with Ms Madzura after he came across some text messages on her mobile phone.

An argument ensued and Kanda grabbed a kitchen unit drawer which he used to strike the woman with once on the face.

He then poured 80 litres of water into a deep freezer and ordered her to get inside or risk unspecified action.

Ms Madzura got into the freezer and Kanda locked it for about 30 minutes.

After he later freed her, Kanda disappeared and the complainant made a police report.

Kanda was subsequently arrested and arraigned before the courts facing two counts of assault and one of malicious damage to property.

He pleaded guilty and argued that he was forced into doing all this due to her wife’s actions.