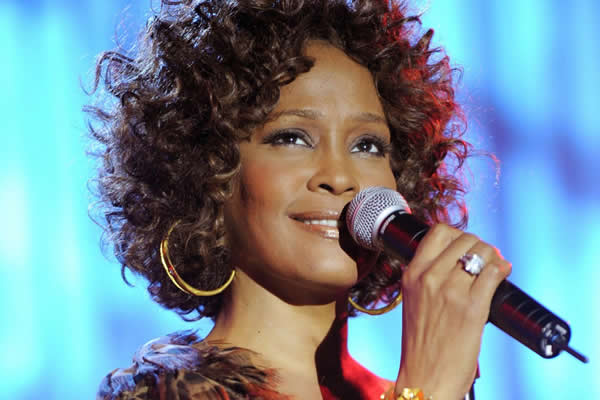 A former landlord of Whitney Houston has put up the deceased stars’ personal Bible on auction.

Posting on momentsintime.com, the anonymous owner reveals the contents of the bible, which feature personal notes from the late singer about her wedding to ex-husband Bobby Brown and the birth of daughter Bobbi Kristina.

In her hand written notes, Whitney shares the details of her 1992 wedding to Bobby, which took place in New Jersey. Alleged former lover, Robyn Crawford, is listed as her maid of honor during the ceremony.

According to Yahoo, the anonymous seller found the bible in a rental home Whitney occupied Newport Beach, California.

The owner of the property, which Whitney left in 2011, said she found the book in a box that the I will always love you singer left behind, which also contained some clothes and CDs.

The owner tried to give it back to Whitney’s agent but they didn’t want the items and suggested she keep it.

While the rest of the items where discarded, the owner kept the Bible because she thought it was “interesting.”

Whitney died on 11 February 2012, after being found face down in a bathtub with drug paraphernalia nearby.

A coroner's report found she died of accidental drowning.