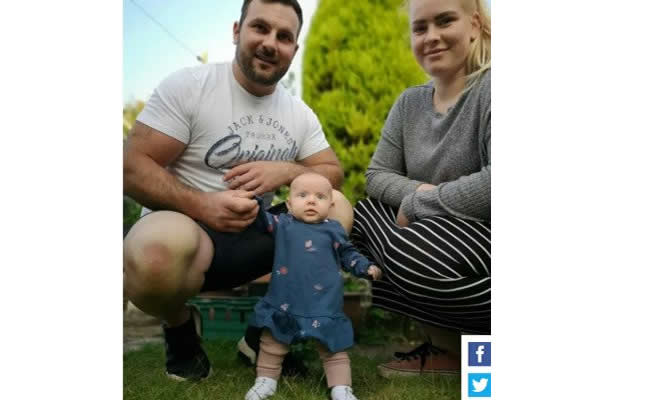 This is definitely not what her parents were expecting.

As new parents, you’re constantly reading up on what milestones your baby is supposed to reach at what stage. This UK couple Tezra Finn-Johnston, 31, and girlfriend Emily Derrick were stunned when at just eight weeks their daughter Lula was able to stand on her own. This is according to reports on UK site Metro

The couple first noticed her quick development when she could support her own head by the time they were leaving the hospital after she was born. Then after they read books that told them babies have the natural instinct to crawl from birth they tried to put her on the floor and she went for it. “I put her down on the mat and she was trying to crawl a bit. ‘Then I put my arm behind her and she was able to push herself up the mat – propelling herself from my hand with her legs,” explains her dad Terza.

They didn’t expect that she would then stand next.”When she was about a month old, she was having a tantrum and I tried to sit her on my knee to calm her. Instead of sitting down, she just stood on my knee and wouldn’t bend her legs. ‘She did it a few more times later on in the weeks – eventually, I thought well if she can do it while she’s annoyed, maybe she can do it when she’s happy. I tried to hold her and supported her, and she managed to take her own weight,’ adds Terza