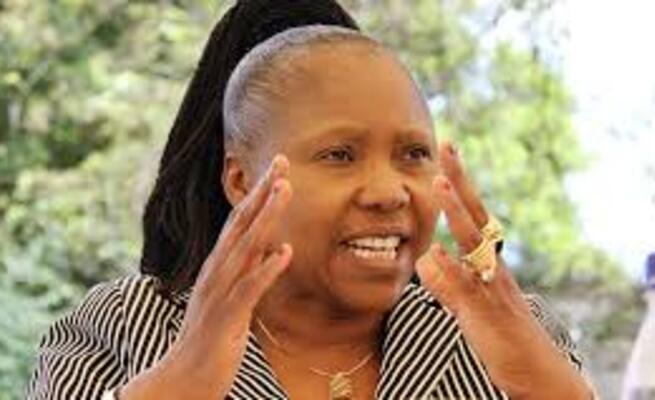 Zimbabwe’s defence minister, Oppah Muchinguri has made bizarre claims over coronavirus pandemic spreading around the World.

Speaking at a rally in the northern town of Chinhoyi over the weekend, Muchinguri described the virus as a “punishment” to the US and Europe for imposing sanctions on Zimbabwe since the early 2000s over alleged human rights abuses.

She said “Coronavirus is the work of God punishing countries who imposed sanctions on us. They are now staying indoors. Their economies are screaming just like they did to our economy.”

Muchinguri added that COVID-19 would teach US President Donald Trump that “he is not God”.

“They must feel the effects of coronavirus and understand our pain,” she added.

“To separate the Zimbabwean people from Zanu-PF, we are going to have to make their economy scream, and I hope you, Senators, have the stomach for what you have to do.”

Muchinguri Kashiri then turned attacked US President Donald Trump saying that he should know that he is not God. This is an apparent reference to the fact that Trump recently extended the targetted sanctions against Zimbabwe’s political and business elite who stand accused of gross human rights violations and impeding meaningful political reforms since the removal of former President Robert Mugabe.