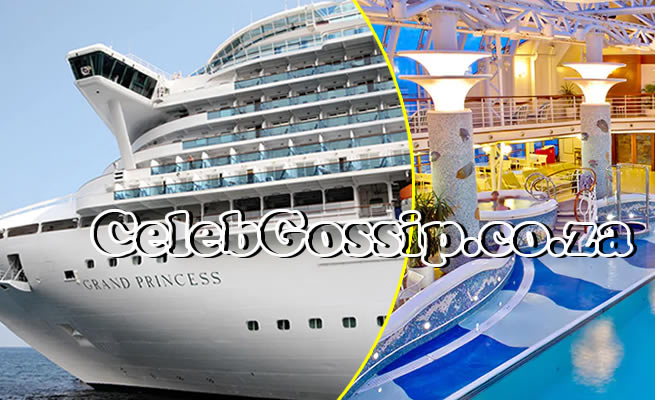 More than 3,500 people aboard the Grand Princess have been stuck on the cruise ship off California for days. Their two-week journey from San Francisco to Hawaii was interrupted on its return leg Wednesday when officials learned that a California man who'd traveled on that ship last month contracted coronavirus and died this week.

As of Friday, 21 people tested positive for the infection, Vice President Mike Pence said during a Coronavirus Task Force press briefing. Of the 21 people who tested positive, 19 were crew members of the ship and two were passengers.

Of the 21 people who have tested positive to coronavirus, 2 are South African nationals, and reports say the two have already been treated and have since tested negative. The South African government has given these two a greenlight to return home since they are now free from the deadly virus.

Passengers on the ship have been asked to stay in their rooms while the captain waits to hear from the US Centers for Disease Control and Prevention on when they can open the deck "for fresh air and exercise."

Here's how they've been passing the time:

There's quilting
Belinda S. Dill misses the view from the ship decks and her sewing room at her home but she's finding comfort in working on a king- or queen-sized "double wedding ring" quilt, she told CNN. 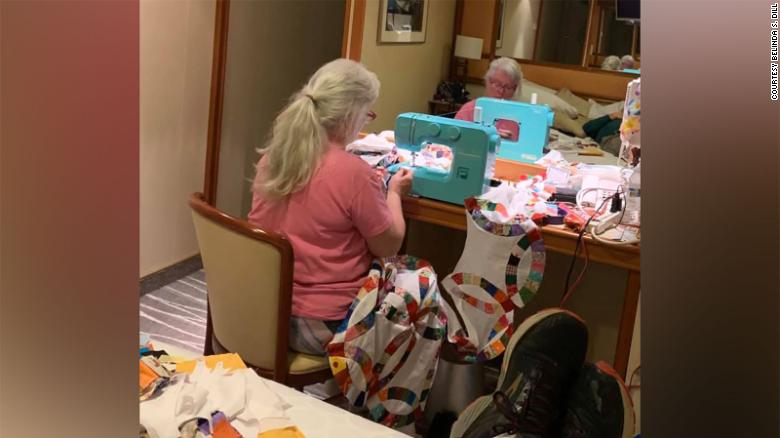 "I'm feeling fine but kinda of claustrophobic," Dill said. "We felt like we are in jail since yesterday. Our cabin has no windows or balcony. My hubby reads, play games on his kindle."

Craft kits for all
Passenger Anne Lange told CNN that the Grand Princess has been handing out kits to help keep everyone busy. 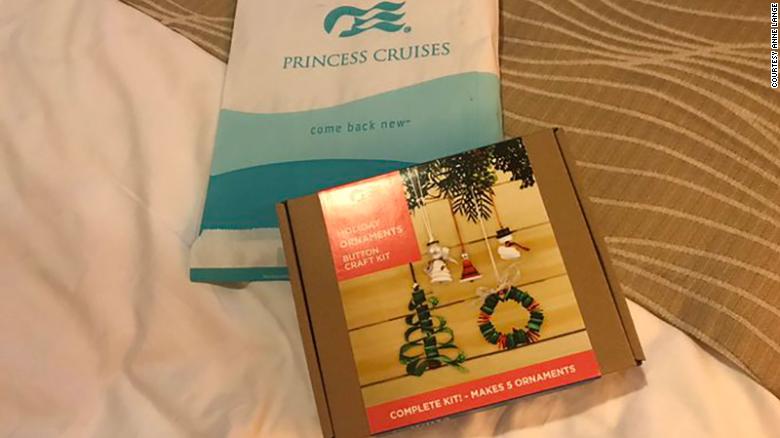 There are craft boxes for making ornaments and beaded jewelery. 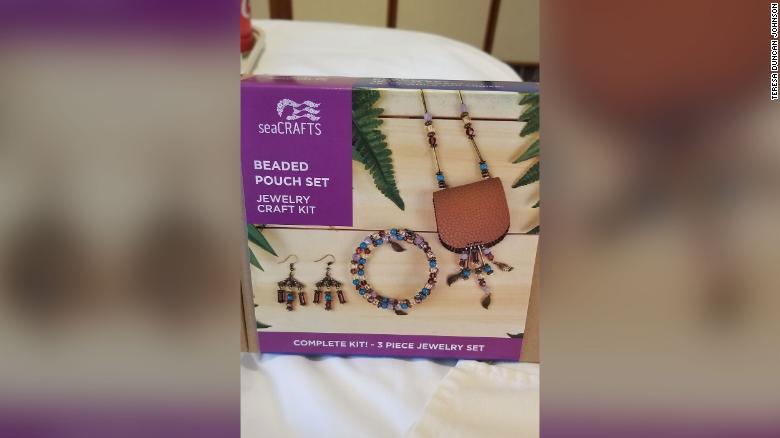 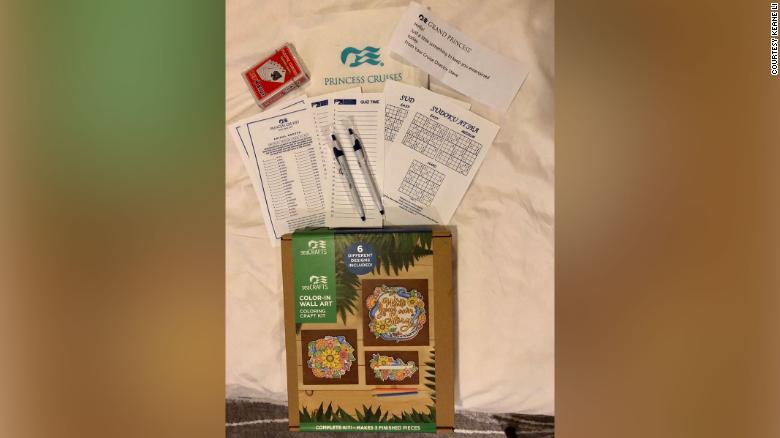 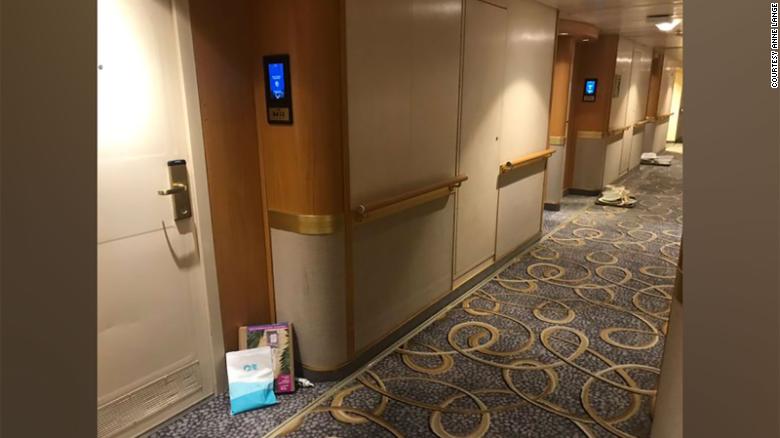 Keane Li told CNN his parents are on the ship and have been keeping him updated throughout the day. Li's mom describes the atmosphere as a "plush prison" because of the empty hallways and confinement to individual rooms.

At one point Li said his mother was helping an elderly Chinese couple over the phone on how to use the TV and get translations of cruise announcements. 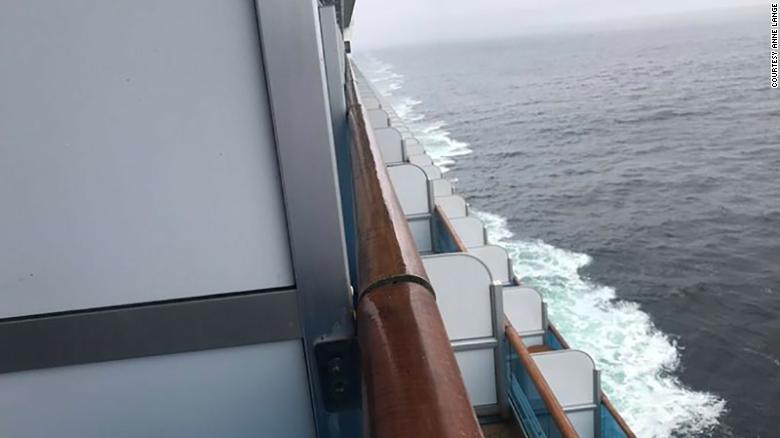 Not all rooms on the ship have balconies. Lange said the weather has been mostly cloudy, windy and cool. 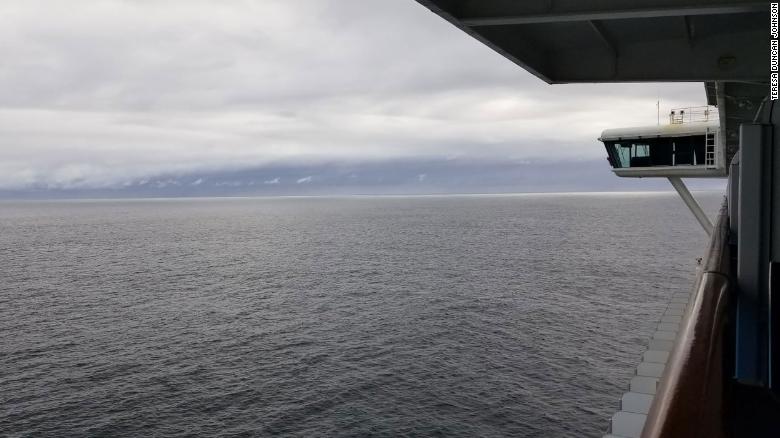 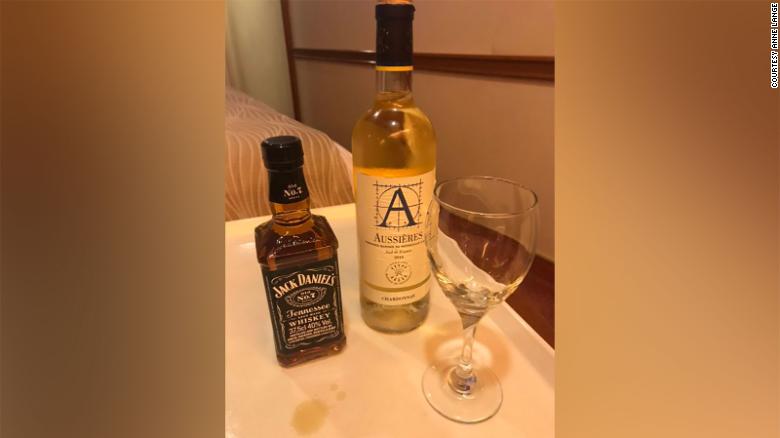 Each day a piece of paper is delivered to guests so they can select their meal choices for the day. Lunch is delivered from 11:30 a.m. and 3:30 p.m. with dinner served between 5 and 9 p.m. 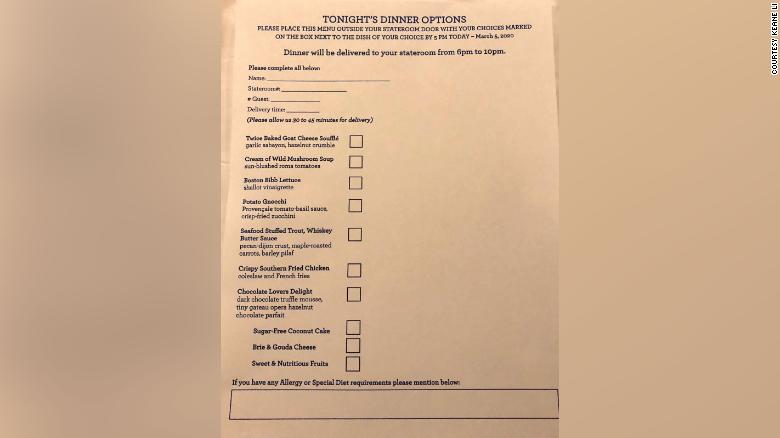 And some are playing cards 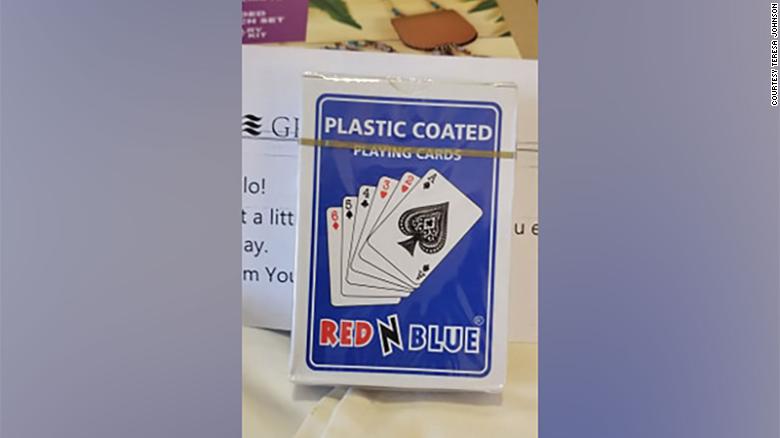