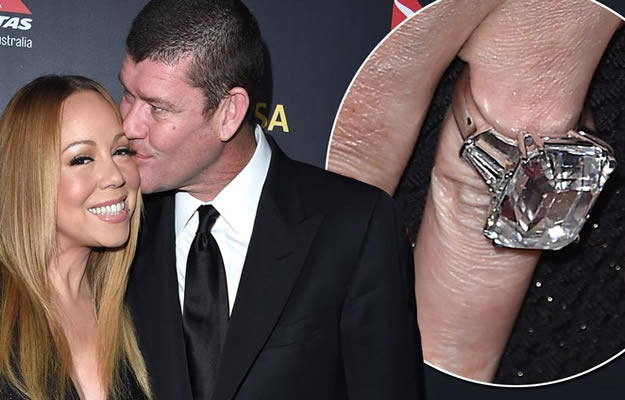 Mariah Carey has finally put her engagement to billionaire James Packer behind her after selling her ring, almost two years after they broke up.

The 48-year-old split with the Australian in October 2016, just months after he had asked her to marry him.

"Mariah has been very vocal recently about her choice to move forward in her life surrounded by positivity," her publicist told Page Six. "That requires leaving emotional and material baggage behind, including an old engagement ring from an ex-boyfriend."

The Australian billionaire and the Hero hitmaker started dating in mid-2015 after being introduced by mutual friend, producer and director Brett Ratner.

By January the following year, they announced their engagement, with Mariah labelling her future husband as “spectacular and handsome.”

It wasn’t to last however, as they split in October of that year with Mariah receiving a $50m (R622m) pay-out as compensation for their breakup.

Since their split, Mariah, who is mom to six-year-old twins Moroccan and Monroe with ex-husband Nick Cannon, has gone on to date backup dancer Bryan Tanaka.

In 2017, Packer told the Australian that his relationship with the diva was a "mistake" and that he entered into it during a "low point" in his "personal life".