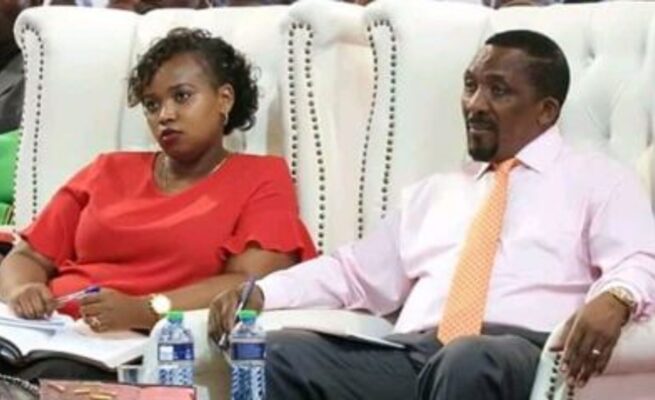 A Kenyan Pastor James Maina Ng'ang'a has declared that single mothers will not be allowed to fellowship in his church anymore.

The Pastor made it clear that henceforth, only couples married and wedded legally, will have an opportunity to pray at his church and receive God's blessings through him.

The controversial pastor also took a detour and expressed his gratitude for quick recovery wishes from the people who had sympathised with his previous condition.
He said his church is committed to serving the Lord and transforming lives and that anybody who becomes an obstacle, read single mothers, will be instantly excommunicated.

He explained that single mothers have proved difficult to educate on responsible behaviour and many are overwhelmed with evil desires.

A majority, he said, come to church to purposely look for potential husbands and boyfriends, things he has personally witnessed and ascertained. The Pastor said that these behaviours are in contravention of the church manual and as such the perpetrators must be punished accordingly.

He cited a number of challenges single mothers pose to the church members, arguing that he so it better to bring it to an end. Banning them from coming to the church, he said, would offer a permanent solution to the differences that had begun ballooning.

He added that the war against single mothers is formal and it will go on till sanity is restored in the church.

Those who cannot follow my commands are free to go and serve another god elsewhere, he had defiantly noted.

Even if he remained all alone by himself, Ng'ang'a expressed his willingness never to condone ill behaviour and indiscipline cases in his church.