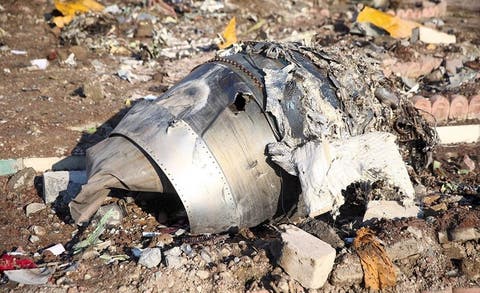 Iran on Saturday said it unintentionally shot down the Ukrainian airliner that crashed this week killing 176 people, calling it an “unforgivable mistake”.

The Ukraine International Airlines plane came down on Wednesday shortly after Iran launched missiles at bases hosting American forces in Iraq in response to the killing of Qasem Soleimani, one of Iran’s top generals, in a US drone strike.

“Armed Forces’ internal investigation has concluded that regrettably missiles fired due to human error caused the horrific crash of the Ukrainian plane & death of 176 innocent people,” he added.

Earlier, Iran’s official IRNA news agency had published a statement from the military saying the Boeing 737 was mistaken for a “hostile plane” at a time when enemy threats were at the highest level.

The admission came a day after Iran’s civil aviation chief denied claims that the plane had been shot down, as international pressure mounted on Tehran to conduct a credible investigation after several Western governments blamed a missile strike.

The disaster came as tensions soared in the region after the Soleimani killing, and fears grew of an all-out war between the United States and Iran.

Washington has said the Soleimani strike was carried out to prevent “imminent”, large-scale attacks on US embassies. Iran had vowed “severe revenge” for Soleimani before launching missiles at the bases in Iraq.

THE magosha is out of business. This is because she apparently refused to marry one of her regular clients. So the man allegedly locked her punani! Th...

In a very strange incident, a South African preacher died in church whilst in the middle of a sermon. celebgossip.co.za observed in a video...

Blog
Innoe Malaba -
NEW STUDY: Women should have an extra husband or 2, Just In Case

A new study confirms that a woman could stand to benefit from having more than one husband in case one gets sick or hurt.Normally...

A same-sex couple will begin treatment at a fertility clinic with a ground-breaking court order in hand that says they will both be mother...

“Our profound regrets, apologies and condolences to our people, to the families of all victims, and to other affected nations.”

Oops, this content can't be loadedbecause you're having connectivity problems