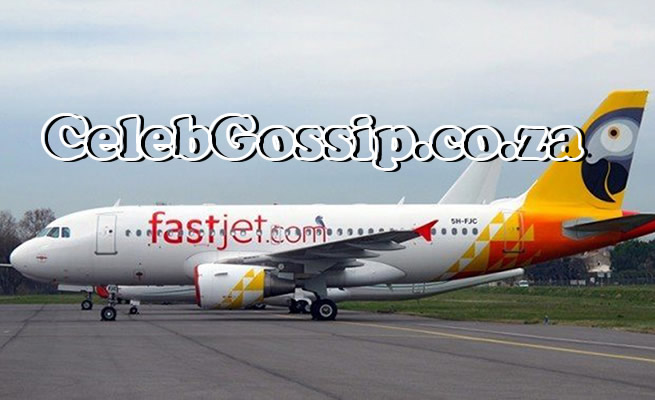 Low cost airline Fastjet has announced plans to dispose of its Zimbabwean unit.

Fastjet Plc is a British/South African-based holding company for a group of low-cost carriers that operate in Africa.

In a statement released on Wednesday, Fastjet said it is looking to offload the Zimbabwe unit to a consortium led by its major shareholder, Solenta Aviation, for US$8m (about R118m at current exchange rates).

Fastjet said if the restructuring plans do not pan out by the end of February, the Africa-focused company may not be able to continue trading as a going concern.

Persistent volatility and uncertainty in the Zimbabwean market would see the company report a loss after tax of around US$7m to US$8m (R103 – R118m at current exchange rates) for 2019, compared with a loss of US$65m (R960m) a year earlier.

The group is, therefore, currently in active discussions with certain of its major shareholders to explore various options including raising equity capital and/or a restructuring of the company involving the disposal of Fastjet Zimbabwe," it said.

"The disposal, if agreed, approved and implemented, would be expected to de-risk the significant uncertainty and cash drain that shareholders have historically suffered, and allow the group to continue operating under a more stabilised and simpler business model," its CEO Mark Hurst said.

Meanwhile, shares of Fastjet PLC (LON: FJET) have crashed on Wednesday afternoon after the firm speculated about selling its Zimbabwe unit.

It seemed that earlier this year fortunes had changed hands for Fastjet, after the firm reported a rise in revenues and narrowed losses back in July.

However, this optimism was short lived as the firm is now fighting to stay afloat in the market.

On October 21, Fastjet announced it suspended flight operations in Mozambique amid “ongoing supply and demand challenges”.

During the first six months of 2019, revenue from Mozambique had fallen to $2 million from $4 million the year prior.

While the group’s FedAir operation remains resilient and is expected to be profitable for the year, this has been off-set by the continued volatility and uncertainty in the Zimbabwean market,” Fastjet said in a statement.

“Fastjet Zimbabwe has increased its year on year revenue despite the difficult trading conditions following the introduction of a new currency which effectively devalued the existing currency by up to 15 times its previous value at official rates and has pushed inflation rates to above 200%,” Fastjet added.

Fastjet is currently in discussions with shareholders about options to raise equity or plans to restructure the firm.

This restructure would involve Fastjet selling its Zimbabwe business for $8.0 million to a consortium which includes Solenta Aviation Holdings Ltd, currently a 60% shareholder in Fastjet.

The Zimbabwe sale would also relieve Fastjet of $5.4 million in debt and $3.2 million in future aircraft orders.

The proceeds from the sale would be used to fulfill debt obligations and fund future capital projects into 2021.

“The disposal, if agreed, approved and implemented, would be expected to de-risk the significant uncertainty and cash drain that shareholders have historically suffered and allow the group to continue operating under a more stablised and simpler business model,” Chief Executive Officer Mark Hurst said.

“This revised strategy allows the group the opportunity to create a single fastjet brand throughout key markets in Africa, leverage its key intellectual property of its brand and airline management solutions and invest in viable, already-established airlines where it can,” Hurst added.

In the airline industry there have been mixed experiences varied by each firm, and results have been sporadic.