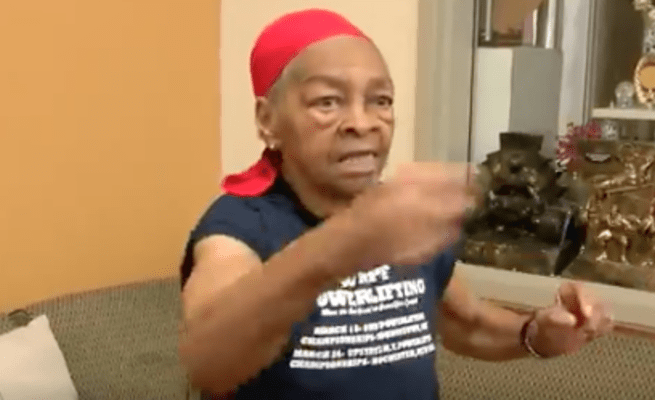 Willie Murphy, who is 82, fought for her life against a 28-year old intruder who broke into her home in Rochester, New York. The award-winning weightlifter is clearly not to be messed with.

Speaking about her ordeal, she said, “I'm alone and old, but guess what? I'm tough.”

The intruder first knocked from outside, asking to be let in as he was sick and needed help. Quick-thinking Murphy called emergency services but while she waited, the man became aggressive and broke down the door, reports The Guardian.

The incident happened on Thursday last week as Murphy was getting ready for bed around 11pm. She told CNN affiliate WHAM that a few minutes after the aggressive knock, she heard a loud noise and saw the man had let himself in.

She hid to gather her thoughts but eventually came out with a killer move.

“I picked up the table and went to work on him. The table broke. I grabbed a bottle of shampoo and poured it all on him. Guess what? He was still on the ground, the shampoo was in his face, all of it, the whole thing.”

By the time Rochester police arrived, Murphy had dealt with the intruder.

She has since been praised for her courage.

Willie Murphy is 82. She's a powerlifter. When a 28-yr-old man tried to break into her house – she says she took him DOWN. pic.twitter.com/MFXyrG1um0