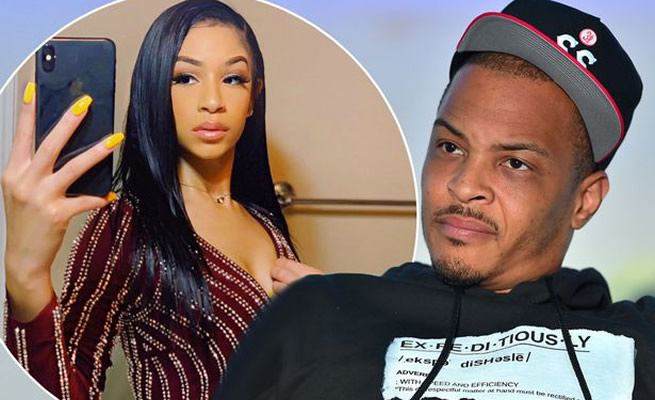 American celebrity T.I. said in a podcast interview earlier this week that he goes to the gynaecologist every year with his daughter to "check her hymen" and make sure it's "still intact.

The father-of-six spoke about his daughter in an interview released on Tuesday with Nazanin Mandi and Nadia Moham on a show called Ladies Like Us. Check out the podcast here.

In the conversation, the actor talked about his divisive style of parenting along with other topics. When the hosts asked him if he's ever spoken about sex with his daughter, he said: "Not only have we had the conversation, we have yearly trips to the gynaecologist to check her hymen,".

T.I's daughter's name is Deyjah Imani Harris, and her mother is a singer named Ms Niko.

When asked if he goes with the young woman – who is currently enrolled in her first year at college – the rapper said: "Yes, I go with her."

These "virginity tests" started after her sixteenth birthday when T.I left a note on his daughter's door which said: "'Gyno. Tomorrow. 09:30.'"

T.I. elaborated on what happens during the meetings: "So we'll go and sit down, and the doctor comes and talk, and the doctor's maintaining a high level of professionalism,".

He went on: "He's like, 'You know, sir, I have to, in order to share information' I'm like, 'Deyjah, they want you to sign this so we can share information. Is there anything you would not want me to know? See, Doc? Ain't no problem.' "

For those who might not know the hymen can be broken in ways other than through sexual penetration. From sports to life events.

He then added: "I will say, as of her 18th birthday, her hymen is still intact."

There is no way to test virginity. As Marie Claire said in an investigative piece published in October 2019: "No procedure exists that can prove virginity, yet dangerously unscientific virginity tests occur regularly."