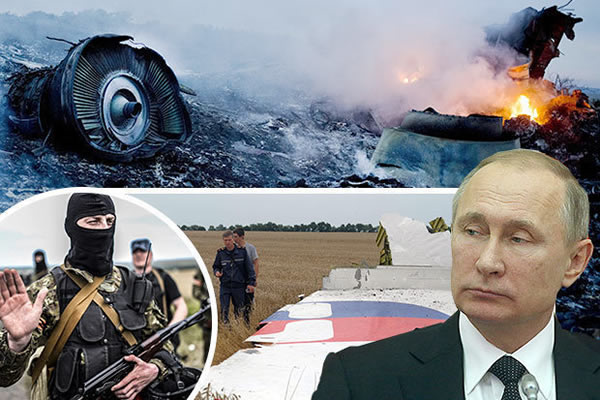 Vladimir Putin, the president of Russia has officially been held responsible by the Netherlands and Australian governments for downing the Malaysian flight MH17 where all the 298 people on board the plane, which was en route from Amsterdam to Kuala Lumpur, died when it broke apart during flight over eastern Ukraine in 2014.

On Thursday, Dutch-led international investigators concluded that the missile belonged to a Russian brigade.

It was fired from rebel-held territory in Ukraine.

Russia has denied any involvement in the plane's destruction.

The decision of both the Netherlands and Australia was announced in a statement from the Dutch cabinet.

"Holding a country responsible is a complex legal process," the cabinet said.

"The Netherlands and Australia have asked Russia today to enter a dialogue in order to come to a solution that does justice to the enormous suffering and damage caused by the downing of flight MH17."

The Malaysia Airlines flight was shot down over rebel-held territory in Eastern Ukraine on July 17, 2014.

Investigators said the missile that shot down the plane was fired from a missile launcher in Russia's 53rd Anti-Aircraft Brigade, but stopped short of saying who actually fired the fatal shot.

The state-run TASS news agency featured a headline saying that that international investigators "are still unable" to determine who downed the plane, while an article at the state-run Vesti.ru news website failed to mention the investigation's claim linking the missile that hit the plane to Russia's armed forces.