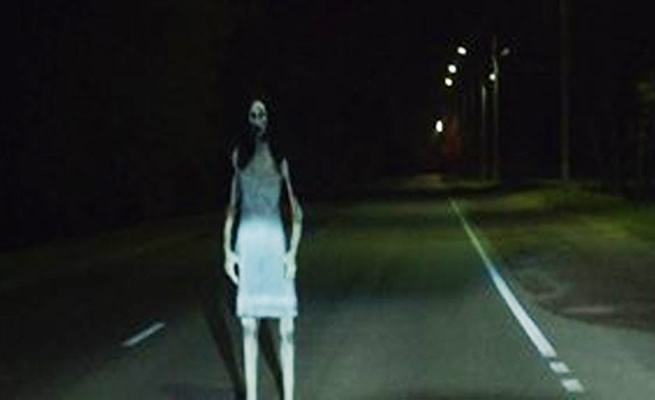 It is in the early 1980s. A man is downing a beer at Machipisa Shopping Centre in Harare’s second oldest ghetto, Highfield suburb.

As the nightclub closes, he wanders along Mangwende Drive, hunting for a little action. His drunken search leads him to a strikingly beautiful commercial sex worker with whom he readily seals a deal.

But to his horror, he awakes the following morning to find himself perched on a grave, his “catch” nowhere in sight!

Creepy tales like this spread like a veldfire in the late 1970s and early ‘80s when a suspected “ghost prostitute” known as Peggy earned notoriety for prowling the streets of Highfield. Peggy’s clients somehow ended up at the local cemetery the following morning. The cemetery is located between Glen Norah B suburb and Highfield's Lusaka township, next to the Methodist Church.

According to Zimbabweans familiar with the tale, she often positioned herself near nightclubs and at times on the suburb’s beaten tracks.

Late night imbibers invariably courted her, agreeing to be led to her “home”, her dazzling beauty, no doubt, luring them.
Many a man said he subsequently woke up atop a grave or in a cemetery.

One account has it that Peggy once lived indeed and walked the streets at night. She was murdered by a client, prompting her troubled spirit to seek revenge against menfolk, so the story goes.

Many older Hararians dispute the veracity of the tale. Peggy was an imaginary character created by crafty Highfield women who wanted to dissuade wayward hubbies from dalliances with prostitutes, is what they told The Sunday Mail. But 62-year-old madala Stephen Dauti maintains that Peggy was a prostitute in both life and death.

“Some of the people I shared a house with as tenants knew this Peggy,” insists grandfather Dauti. “She was a beautiful prostitute who was murdered by a jealous client. It is said that she was buried at the local cemetery and this is where her victims were often discovered.”

Apart from snaring befuddled men making the long walk home at ungodly hours, Peggy is also said to have terrorised motorists who were lust-drunk enough to make the decision to invite her into their cars. Such motorists reported that Peggy would disappear from their cars – and they no doubt would then vow never to stop for anyone at night again.

However, sightings of Peggy became fewer by the late 1980s, and by the early 1990s she was lost somewhere in urban folklore. Some people believe the ghost was exorcised, while others say Peggy has simply moved elsewhere. Whether or not she truly existed remains a mystery perhaps only she can help unravel.

There has been a lot of odd tales about ghosts over the past decade, with Zimbabwe's most popular ghost called Peggy topping the charts. Peggy is said to be a very beautiful 'woman' in her late twenties, who is often seen in one of Harare's oldest suburbs – Highfield. Sources who spoke to My Zimbabwe News said Peggy would normally go for rich men who came from night clubs around midnight.

"The good thing is that she (the ghost) is not violent, she only mysteriously disappears from your vehicle as you will be going to a love nest. Her kissing is just awesome and her breasts are like those of a virgin," revealed Terrance Chidyausiku who alleged to also have fallen prey to Peggy's antics over a decade back.

"After narrating my ordeal to my friends who I was drinking beer with, I then got to know that the ghost's name is Peggy. My friends are the ones who told me that Peggy is actually a celebrity in the 'ghost world' and a lot of people in Zimbabwe have heard about her. I understand she was a well known Highfield prostitute prior to her death," Terrance told My Zimbabwe News.

Unconfirmed reports that have reached My Zimbabwe news desk say when Peggy died in the early over two decades ago, there was drama at her funeral. It is alleged that mourners who attended her burial imitated what Peggy used to do at night clubs. Some women reportedly stripped at the funeral while men blew condoms as a way of saying 'good bye' to their fellow 'adult entertainer'.

In 2012, another Zimbabwean man gave lift to a ghost. A prominent miner Tinashe Ticharwa who was 56 years old at the time, got the shock of his life after he mistook a ghost for a human being and gave the spook a ride from Shurugwi to Gweru.

Ticharwa, popularly known in the mining town of Shurugwi as Mr Tich, had played the Good Samaritan role after the ghost stopped him along the Shurugwi-Gweru Highway and gave it a ride. Narrating his ordeal to our news crew, Mr Tich said he was on his way to Gweru from Shurugwi town on Monday night when the ghost which looked like a human being, stopped him near Mambowa. He said he was later shocked when he eventually realised that he was alone in his Toyota Hilux twin cab truck as he approached Gweru.