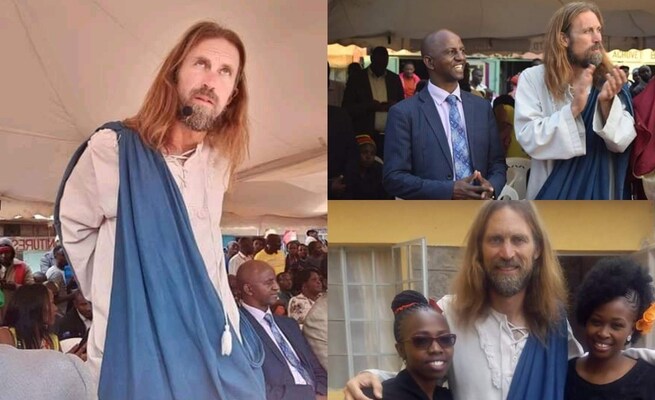 Kenya’s Government has deported the man who has been posing as Jesus while reportedly going around, taking money from Kenyans to perform miracles, and secure seats for them in heaven.

US preacher, Michael Job, domicile in Orlando Florida mimics Christ at the Holy Land Experience Theme Park caused a street and media frenzy when he appeared in Kenya on the invitation of two local pastors to pose as the “Messiah” promising miracles and healing.

The two church pastors who invited him, have also been arrested. The duo allegedly hosted and moved around with the man, convincing believers that he was ‘Jesus Christ’, and he had finally come back as he had promised.
-DailyAfrika