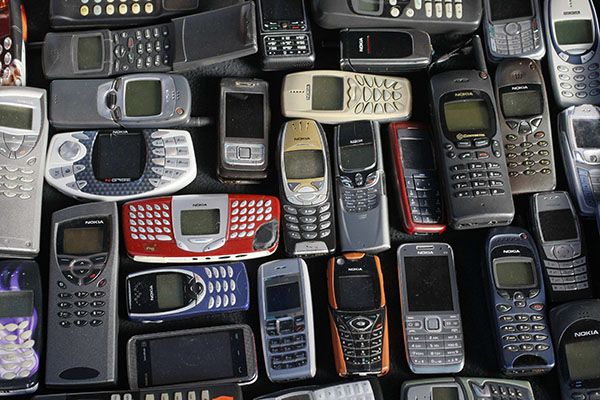 A CELLPHONE thief has revealed some of the tricks of his dodgy trade after being bust by cops.

According to Punch, Femi Solomon was arrested last Thursday for allegedly stealing a Samsung phone from a passenger during a stampede at a bus stop in the Iyana Oworo area of Lagos State.

At the cop shop, he allegedly confessed to have stolen about 1 200 phones since his life in crime started in August 2016.

A former technician, Femi said he had approached one of his former customers who always dressed very well for tips on how to improve his standard of living.

Femi is quoted in the report as saying: “One of my customers, Ismaila, showed me how to be a pickpocket. I noticed he was always coming to Obalende dressed in fine clothes and he had so much money.

“I told him I was looking for a better job and he assured me that he was going to assist me. When he was ready, he said I should follow him, while I learn from him. I was following and monitoring what he was doing. We were moving from one bus stop in Lagos to another from morning till evening. He was stealing phones and wallets from passengers inside buses and at bus stops.

“Throughout the six months that I followed him, we picked between six to eight phones and wallets from people. He kept everything to himself; at the end of the day, he gave me between N4 000 (about R140) and N6 000 (about R210). In August 2016, I started doing it on my own. I wasn’t bold enough to steal during the daytime; besides, I was still inexperienced, so I decided to go out in the evening, since nobody steals at night.”

Femi said he operated from 6pm to 9pm on Mondays, Tuesdays, Fridays and Saturdays, sticking to busy bus routes. He’d make sure he scored at least five phones on each excursion.

He’d also operate at parties and other evening events.

Cops said they’d recovered four phones from Femi during his arrest, and that he will remain in custody for further investigations.