Home International News Leave my Prophet or we Divorce, Wife tells hubby who reported her... 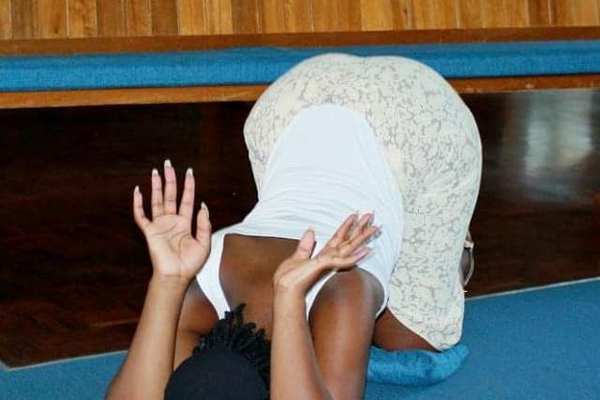 A beautiful Ndola Woman has threatened to divorce husband if he does not withdraw court case against her prophet.

A married woman of Twapia compound in Ndola has warned her husband that she will seek divorce if he isists on havng the church prophet prosecuted for feeling her breasts and private parts in church. On Monday her husband, a Mr Lweendo Mudenda took Prophet Hot-Soup Commander 1 to court after he touched his wife’s breasts and private parts in church while praying for her to conceive.

Mrs Mudenda has been married to her husband for close to 10 years without having children but the prophet promised to make her conceive by praying for her in church but in the process, he ended up touching her breasts and private parts in full view of other worshipers in church. This annoyed Mr Mudenda who took the prophet to court on Monday and the continued hearing of the matter is on this Friday.

But yesterday during a family meeting which was attended by her relatives and those of her husband, including 5 senior church members, Mrs Mudenda said the prophet was right to touch her where he touched her as he was delivering her so that she could be able to conceive after being in marriage for close to 10 years without children.

She warned Mr Mudenda that if he does not withdraw the case against her prophet this Friday, she will be left with no option but to divorce him. She said medical doctors touch and see married women’s private parts but they are not taken to court.

She wondered as to why the prophet who only touches breasts and private parts for contact prayers should be taken to court when those in hospitals do worse things but are not taken to court. “When my young sister was giving birth, the male nurse was there and he was the one assisting her to deliver but no one took him to court.

I will stop being your wife if you don't withdraw the case against my innocent prophet”, she told her husband,
-Zambia