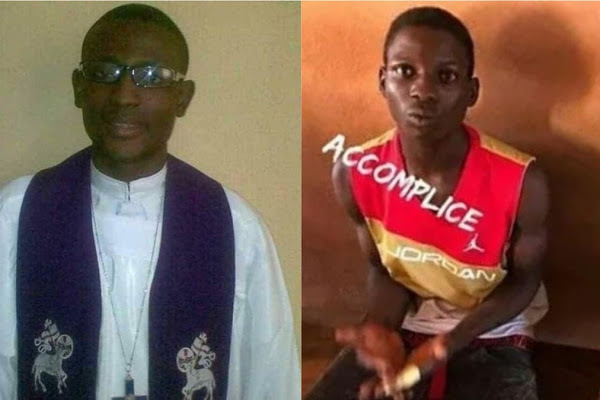 The source said that the cleric was tracked through a mobile phone that he was using to make contacts and demanding for ransom.

Adewuyi Adegoke, a cleric with the Methodist Church, in Ado Ekiti, has been apprehended by the police for allegedly faking his own kidnap.

Rev'd Adegoke, who was nabbed by a crack of detective, was reported missing on the Esa Oke-Aramoko road while travelling to Ado Ekiti on Sunday.

After his disappearance, the social media was awash with claims that he was abducted by herdsmen while traveling.

Days after his kidnap, SaharaReporters learned that his purported 'abductors' contacted the Methodist church to demand for a ransom of three million while also threatening to murder the cleric if the ransom was not paid by Thursday.

A source within the Police Command in Ado Ekiti told SaharaReporters that Rev'd Adegoke was tracked through the mobile phone that he was using to contact his family.

"The police have intercepted and arrested the holder of the phone with GSM no 09078589516 being used to demand for a ransom of N3 million from the families and church members of the kidnapped Methodist Reverend at First Bank area, Okeyinmi, Ado-Ekiti where he went to pick the ransom.

"Incidentally, the arrested suspect is the same Rev. Adewuyi Adegoke Peter. In interrogation, he confessed to have planned the kidnap of himself and demanded the N3 million ransom.

"He also stated that he lodged at an hotel within the metro and mentioned one Adewole Oluwadare Sunday, 25 years old, as his accomplice who helped in making the ransom demand calls.

"The two suspects have confessed to the crime and are detained at the Police state headquarters, Ado-Ekiti" the source said.

Mr Amba Asuquo, Commissioner of Police in Ekiti State also confirmed to SaharaReporters that both suspects are now in the Police custody. Nigeria