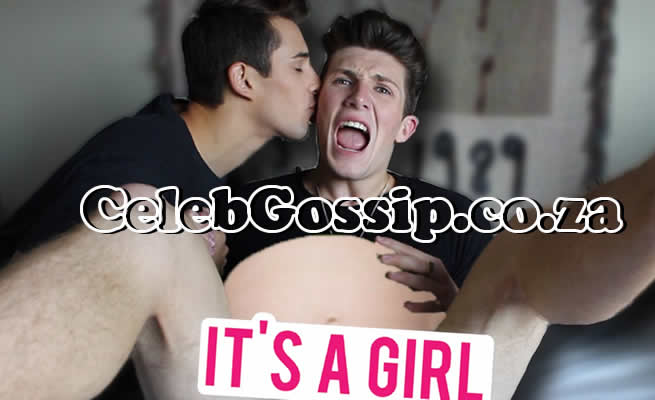 An obese 32-year-old man recently gave birth to a stillborn after being admitted to hospital for stomach cramps, which were then discovered to be labour pains, according to DailyMail.

Upon arrival at the hospital the man revealed to the nurses that he was transgender and had tested positive in a home pregnancy.

Not paying attention to the urgency of the matter simply because of his masculine appearance and ruling that the man was in a stable condition even after he had “peed himself”, which was a clear indication of raptured membranes, a nurse eventually ordered a pregnancy test.

Several hours later an ultrasound was done which confirmed the pregnancy, further alerting the staff that he was indeed in labour but the fetus had suffered so many complications which resulted in its eminent stillbirth.

“He was rightly classified as a man in the medical records and appears masculine,” explained Dr Daphna Stroumsa, an obstetrics and gynaecology resident at Henry Ford Hospital according to APNews.

The 32-year-old patient was obese and had stopped taking blood pressure medicines. He told the nurse he was transgender when he arrived at the emergency room and his electronic medical record listed him as male. He hadn't had a period in several years and had been taking testosterone, a hormone that has masculinizing effects and can decrease ovulation and menstruation.

But he quit taking the hormone and blood pressure medication after he lost insurance. Several hours later, a doctor evaluated him and the hospital test confirmed pregnancy.

An ultrasound showed unclear signs of fetal heart activity, and an exam revealed that part of the umbilical cord had slipped into the birth canal. Doctors prepared to do an emergency cesarean delivery, but in the operating room no fetal heartbeat was heard. Moments later, the man delivered a stillborn baby.

A woman showing up with similar symptoms 'would almost surely have been triaged and evaluated more urgently for pregnancy-related problems,' the authors wrote.

This case, which was described as tragic by Wednesday’s New England Journal of Medicine, could’ve been prevented if the healthcare system interacted differently with transgender people. Social Work Today suggests that, “Bias against transgender people takes an enormous toll on their health through direct harm, lack of appropriate care, and a hostile environment.”

This is not the first case of a transgender pregnancy, in a reported case in 2017 a transgender man from Wisconsin, who had no surgical alteration such as womb removal, successfully gave birth to his second child, four years after transitioning.