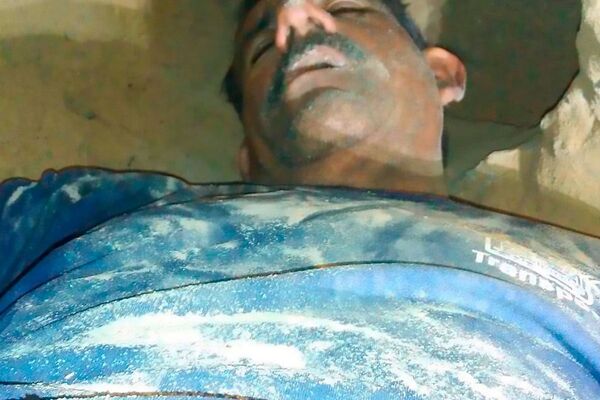 A 50-year-old man, César Arnoldo Gómez, remained trapped in a tunnel for more than 24 hours

Gomez was trapped in a tunnel he dug behind his 58-year-old ex-wife, Griselda Santillán’s house – The man had dug the tunnel to enable him to spy on his former wife of 14 years who divorced him due to his jealous ways

Love is a very powerful emotion that can make even sane people do the most ridiculous things. According to reports from Mexico News Daily, a 50-year-old man, César Arnoldo Gómez, was trapped in a tunnel he dug himself to spy on his ex-wife. It was gathered that Gomez’s ex-wife, Griselda Santillán, 58, started to hear strange noises at the back of her house and she went out with a neighbor to investigate.

Their investigation discovered a tunnel opening, knives and bottles of water. More shocking was the fact that Gomez was also found stuck in the tunnel. The jealous man had been trapped for about 24 hours and he resorted to calling for help. Emergency services were called and they spent close to 45 minutes trying to free Gomez.

Gomez and Griselda were married for 14 years but she told the police that she decided to divorce him and obtain a restraining order due to his jealous ways.

Speaking on women and men having equal rights, he said that men who want a woman who will serve and worship them should not marry educated women and stick to illiterates who will welcome the idea of service in marriage.