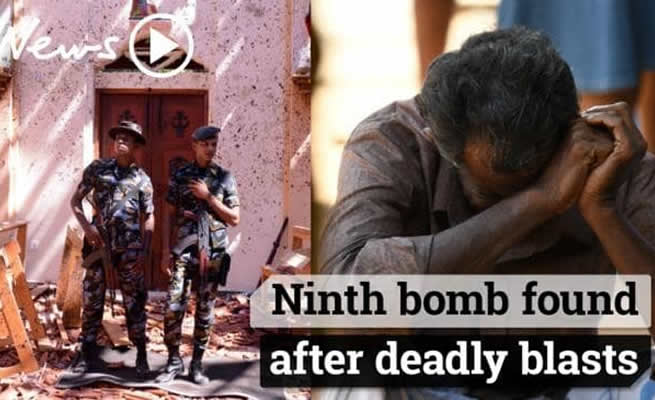 Sri Lanka was hit by a series of eight bombings on Easter Sunday, the worst violence to hit the South Asian country since its civil war ended a decade ago. Here is what you need to know:

At least 200 people have been killed and more than 400 wounded in attacks that targeted churches and hotels across the island nation of 23 million.

Most of the victims were killed in three churches where worshippers were attending Easter Sunday services. Three other bombings struck luxury hotels – the Cinnamon Grand, Kingsbury and Shangri-La – located in the heart of Colombo, killing at least 35 foreigners.

WHAT IS THE DEATH TOLL?

Dr Anil Jasinghe, the health ministry's director-general of health services, told Al Jazeera that 185 people have died in the attacks that targeted different parts the country. Government has yet to announce a new toll.

WHAT ARE THE LOCATIONS OF THE ATTACKS?

St Anthony's Shrine and the three hotels where the blasts took place are in Colombo, and are frequented by foreign tourists. Local TV showed damage at the Cinnamon Grand, Shangri-La and Kingsbury hotels.

Other blasts were reported at St. Sebastian's Church in Negombo, a majority Catholic town north of Colombo, at Zion Church in the eastern town of Batticaloa and at a guesthouse in Dehiwala.

WHO IS BEHIND THE ATTACK?

No one has claimed responsibility for the attack but the Sri Lanka's defence minister has blamed "religious extremists" for what he called the "unfortunate terrorist incident".

Defence Minister Ruwan Wijewardena told reporters that he believed police and military forces had identified the perpetrators of the blasts. At least seven suspects have been arrested so far.

WHAT IS THE ETHNIC, RELIGIOUS MIX OF SRI LANKA?

Sri Lanka lies off the southern tip of the Indian subcontinent, the teardrop-shaped island is separated from its giant neighbour by the narrow strip of sea known as the Palk Straits. The island covers 65 000 square kilometres with a population of nearly 23 million, of which nearly three quarters are ethnic Sinhalese.

The government defeated the Tamil separatists in 2009 ending the 27-year conflict that estimated to have claimed up to 100 000 lives. The attacks come a year after Buddhist mobs attacked mosques and Muslim-owned shops in central Sri Lanka. A state of emergency was briefly declared in the wake of those attacks.