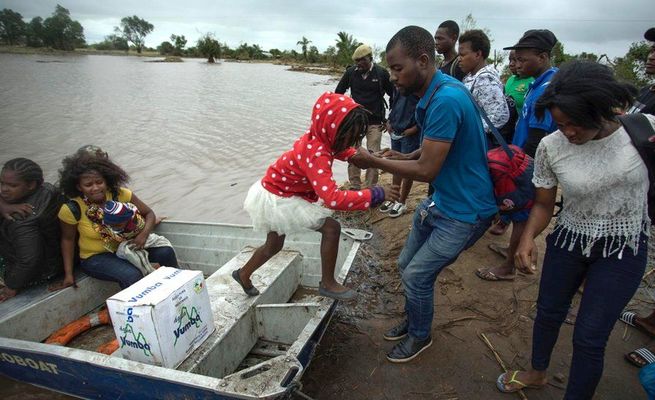 Zimbabwean reggae musician Buffalo Souljah has taken to Instagram to express his concern around the distribution of aid in the aftermath of Cyclone Idai.

The cyclone ripped through Mozambique, Zimbabwe and Malawi earlier this month, triggering floods that left hundreds dead and hundreds of thousands displaced.

Aid has been pouring into the assisted areas since the tragedy but Zimbabwean media, including Bulawayo 24 and News Day reported that it is not reaching the intended destination.

Instead they claim that Zimbabwe's ruling party, Zanu-PF has looted the donations meant to help people who have been affected by the disaster.

According to News Day, Zanu-PF branded vehicles were seen driving away with food items meant to aid those affected. The report further claimed that the party's ward councillors took charge of the distribution of food so they could allegedly prioritise Zanu-PF followers in their areas.

"You see, this is why I have a problem with donations through local organisations. It never reaches the affected people. This is bigger than blankets and clothes, people need their homes built," he said.

He called for an end to corruption and tagged SA celebs Pearl Thusi and Zimbabwean-American actress Danai Gurira.