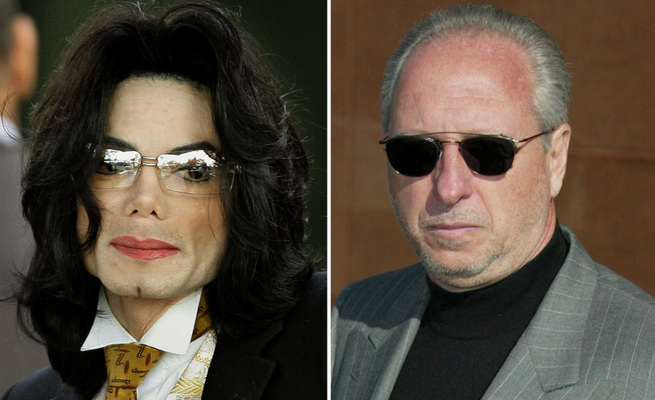 The aftershocks of the Leaving Neverland documentary are reverberating still, but as anyone who is familiar with the Michael Jackson story knows, the first allegations of child sexual abuse against the singer were made more than 25 years ago.

Now, one of the principal characters in that story — Anthony Pellicano, the ruthless former private investigator to the stars — looks set to fan the flames anew after finally walking free yesterday after a 15-year prison sentence.

“A lot of people are quaking that I’m going to disclose lots of things when I get out,” Pellicano said last year, adding, in typical chilling fashion: “They’ll just have to keep quaking, won’t they?”

It was he who handled Jackson’s negotiations with Evan Chandler, who accused the King of Pop of sexually abusing his 13year-old son Jordan “Jordy” Chandler in 1993 — accusations Pellicano later labelled “an extortion attempt”.

Indeed, Pellicano knows everything about everyone. He pops up in unexpected places in US history, offering his opinion to select committees — on the Watergate tapes, on JFK’s assassination. When he was arrested in 2002, FBI agents found more than 150,000 pages of transcriptions taken from covert recordings. Many powerful men have reason to be afraid of what they contain.

Leaving Neverland director Dan Reed said in an earlier interview that he believed there had not been such a huge domino effect when the allegations first emerged in 1993 because people had been — and still were — terrified of “the Jackson machine”, “the brute force of his lawyers”, who he described as “very frightening and capable”.

“They basically silenced or vilified anyone who dared to say there’s something unusual about Jackson’s relationship with little children,” he said.

“There were probably very few lengths [Jackson] was not prepared to go to to destroy and discredit a child who claimed that he’d been hurt by him.”

Pellicano, who was released on his 75th birthday, has operated in and around the entertainment business for a long time.

There was talk that a biopic or TV series based on his adventures would be made. He was instantly recognisable from his double-breasted silk suits and mirror shades; the walls of his office were decorated in red velvet, and his phone’s hold music was the theme from The Godfather. He claimed to have an IQ of 167 and denied being a part of the Mafia — yet was happy to use his reputation to strike fear into those who crossed him.

In one leaked audiotape from a conversation with singer Courtney Love, discussing the services she wanted from a private eye, he told her: “I’m an old-style Sicilian … My clients are my family and that’s it.”

But the private eye’s illicit wiretapping recorded the senior Chandler as describing the case between his son and Jackson as a “massacre … if I don’t get what I want” — all of which formed the basis of Pellicano’s argument to the press that the claim was part of an extortion plot. The case then went to trial, but Jackson agreed to an out-of-court settlement of $23m.

In February 2018, Pellicano told The Hollywood Reporter he had “fired” Jackson because he was disgusted by truths “even darker” than those alleged in the Chandler case.