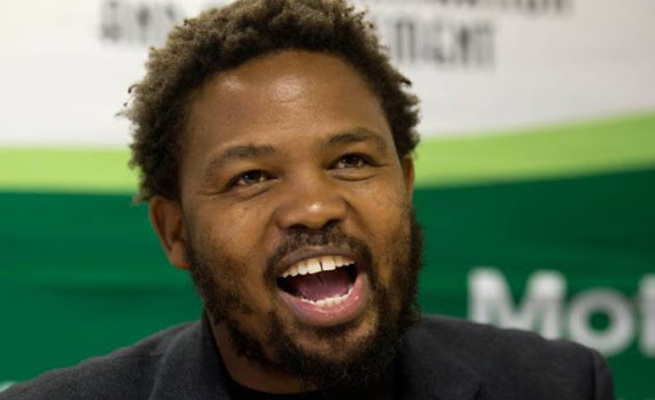 Black First Land First (BLF) has blamed Tropical Cyclone Idai on whites and wants the African Union to demand reparations and relief from the West for the disaster.

BLF president Andile Mngxitama charged in a statement that the cyclone, which hit Mozambique, Zimbabwe and Malawi, was “not a natural disaster but a direct consequence of the white, Western system of ecological assault for profits”.

“Black First Land First (BLF) holds that the destroyers of the ecological balance, through greenhouse gas emissions, must pay for the catastrophe that is caused by their gluttonous cultures and civilization of death.

“The multitudes that died as a result of the cyclone are not victims of a natural disaster. This is mass murder which could be prevented if the West abandoned its ways,” Mngxitama stated.

He added that those who polluted and destroyed ecosystems must pay ecological reparations to those who suffer as a consequence of their irresponsible actions.

“It’s no longer speculation – even the white man’s own science corroborates what we blacks know: Africa is paying a heavy price for the actions of the white world. The West pollutes and the West must pay.

“Part of driving their conspiracy of recolonisation is to profit from disasters. The West has no incentive to stop destroying our planet. The West knows only one value and that is to make profits. If the West is not stopped soon, then we should prepare for the extinction of our species,” Mngxitama said.

“BLF calls on the African Union (AU) to demand reparations and relief from the European Union (EU) and the United States of America (USA) for Cyclone Idai. Africa is tired of carrying the burden of the destructive behavior of the global white system of power and consumption,” the statement concluded.