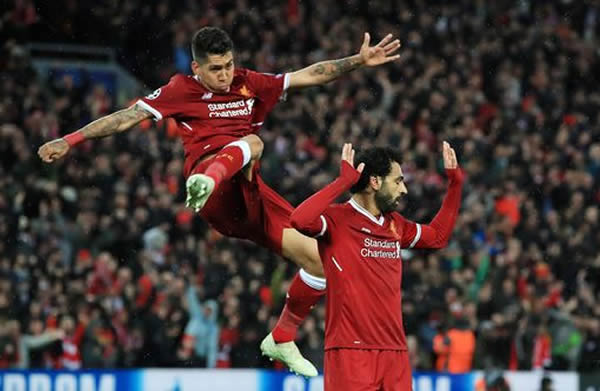 A Liverpool fan was fighting for his life on Wednesday after suffering a serious head injury in a "vile" assault by Roma fans before the club's Champions League semi-final first-leg clash with the Italian club.

The man is being treated for his injuries at a neurological centre, where his condition is described as critical, Merseyside Police said.

Two men — aged 25 and 26 — have been arrested on suspicion of attempted murder after attacking the 53-year-old man, who had reportedly travelled from Ireland for the match.

"We believe the victim was in Liverpool with his brother for the Liverpool v Roma semi-final and was assaulted during an altercation between Roma and Liverpool fans near to the Albert pub at about 7:35 pm (1835 GMT)," said detective inspector Paul Speight.

"Witnesses report that the victim was hit with a belt and then fell to the ground. Paramedics treated him at the scene and he was taken by ambulance to Walton neurological centre, where he is being treated for a head injury. His condition is currently described as critical and his next of kin have been informed."

Liverpool, who won the match 5-2, said they were "shocked and appalled" by the incident.

"Our thoughts, in the first instance, are with the victim and his family at this very traumatic time. We will be offering them our full support," the club added in a statement.

Serie A side Roma said there was no room in football for the "vile behaviour".

"AS Roma condemns in the strongest possible terms the abhorrent behaviour of a small minority of traveling fans who brought shame on the club and the vast majority of Roma's well-behaved supporters at Anfield after getting involved in clashes with Liverpool supporters before last night's fixture," the club said.

European football's governing body UEFA said it was "deeply shocked by the vile attack", adding it was waiting to receive full reports before deciding on potential disciplinary charges.

The alleged assailants were among a total of nine men, aged between 20 and 43, who were arrested for various offences before and after the match.

The offences included affray, assault, possession of offensive weapons, possession of a controlled drug, criminal damage and being drunk and disorderly.