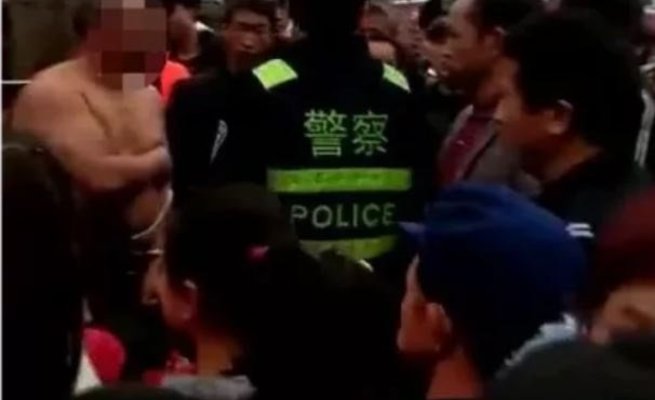 ALL hell broke out in a village in China last Wednesday when a man and his lover were tied up naked to a tree.

According to Coconuts, the public humiliation of the two was courtesy of the man’s furious wife.

It is not clear whether the gatvol wife managed to strip off and tie up two people through brute force or through some other form of persuasion.

A crowd gathered around the naked couple in the county of Huishui in southern China's Guizhou Province. The were tied to the tree side by side with ropes, helpless while the excited crowd filmed and photographed the strange sight.

Cops were called at about 5pm to control the crowd and release the couple. Cops later said that the incident was caused by “emotional disputes” and that they have launched an investigation.