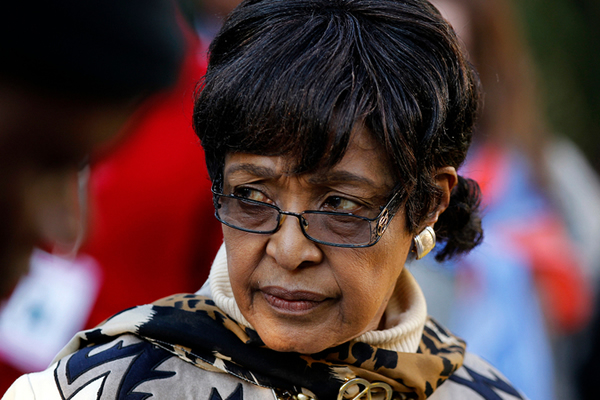 FEMALE politicians have hailed the late South African anti-apartheid icon, Winnie Madikizela-Mandela, describing her as a strong woman, who defied the odds in pursuit of emancipation of female activists.

Speaking at a memorial service held in her honour by MDC Proportional Representation MP Priscilla Misihairabwi-Mushonga and Women’s Coalition of Zimbabwe in Harare yesterday, Sadc Women’s Parliamentary Caucus representative Jessie Kabilwa said Mandela was the epitome of women empowerment as evidenced by her courage to stand up against the apartheid regime.


“Winnie Mandela has shown that liberation has a gender, when men are in the bush fighting, they need women, but when it’s over they no longer need them. It’s sad to note that some women are at the forefront supporting men in this game; most of us have sold out, they have criticised what Winnie fought for,” Kabilwa said.

“We need to stop appropriating activism, even though Winnie made mistakes, she corrected them. I am not saying she was perfect, but she was strong as a leader. She wasn’t appropriate in many eyes, but she had more successes than mistakes, proving her one of the strongest women to live,” she said.

“For 27 years, her body was expected to be celibate, her sexuality was used to bring her down, but she didn’t bend because of what people said of her,” another panelist said.

Eunice Mhlanga, another participant, encouraged women to support each other.

“Winnie elevated the seat of motherhood, she was active in politics, but she remained a good mother; this is a challenge to us as a sisters, a lesson to us, let us go beyond face value and not buy into lies told about other women,” she said.