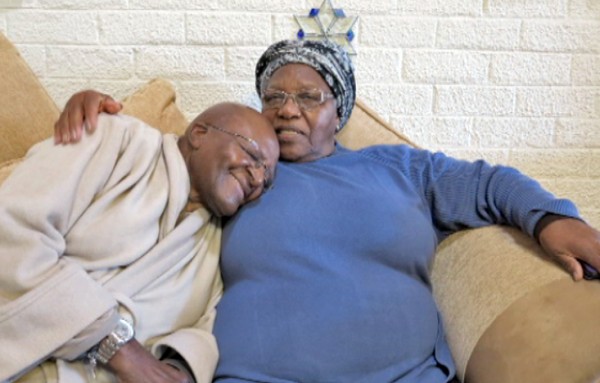 A hoax claiming that a very much alive Archbishop Emeritus Desmond Tutu had died in hospital in Houston, while on holiday in the USA was distressing, his daughter Mpho has said.

Reacting to a recent fake news story that caused a Twitter storm, she said her 84-year-old dad wasn’t on his iPad at the time so she did not think it affected him adversely.

She felt these fake stories were “very disturbing and incredibly unkind to not only the family but to people around the world who really do love and care and support the Arch”.

Family members received panicked calls from friends to ask where he was and if he was okay. The Courier received a message this morning with a link from the New York Times claiming Tutu had taken ill and had died in hospital.

Family Spokesperson Roger Friedman in a statement said the "fake story" had been circulating on Sunday and claimed that he had died in the US.

"The Archbishop and Mrs Leah Tutu are in fact in good health and spirits at home in the Western Cape," said spokesperson Roger Friedman.

They had been inundated with calls after the rumours circulated on social media, and "made to look like it came from the New York Times", Friedman told News24.

The story is still up on the fake "New York Times" website. He thought it best to dismiss the rumours before it was published by mainstream outlets.

It's not the first time Tutu has been the subject of a fake news story about his rumoured death. In September 2016, Tutu's daughter Mpho dismissed another similar story, labelling the hoax "distressing".