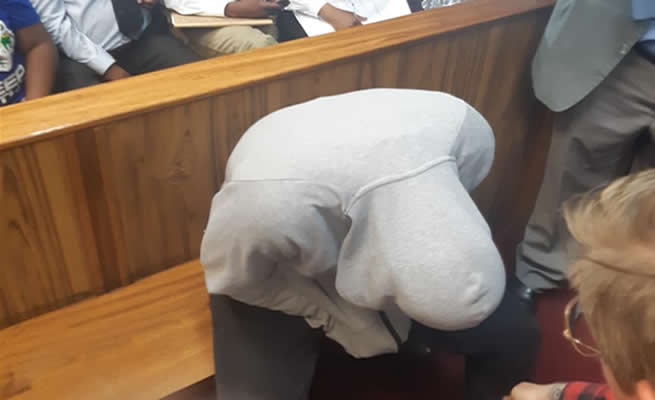 A report compiled by a probation officer has detailed how a 31-year-old serial rapist downplayed his offences by claiming he had one-night stands with his victims.

Joseph Rasempane Mahloma, who has been found guilty of 91 charges, including rape, appeared in the South Gauteng High Court in Johannesburg yesterday where his presentencing report was read into the record. Mahloma faces multiple life sentences for his seven-month raping spree of 14 women in Tembisa and Ivory Park in 2014.

Probation officer Xoliswa Budaza told the court Mahloma claimed to have had multiple sex partners as a result of him going to entertainment spots in the townships where he met the women.

Prosecutor Leisha Surenda read the report into the record in which Mahloma said he committed the sexual acts while intoxicated.

“The accused said he does not remember any of the one-night stands he had and that he never received complaints from the women he slept with of being aggressive. He refutes the charges of rape and said those were encounters in which he met women while out with his friends,” Surenda read from the report.

A victim impact report that was also presented revealed that two victims who were raped by Mahloma told different versions in which they were also robbed. One victim’s report detailed how Mahloma raped her at gunpoint in her home before robbing her and fleeing with her valuables in 2014.

“I was sleeping in the outside room when I heard the accused outside the room at 1am. He had a torch and when I opened the door he asked whether a tenant who once lived there was present. He then pulled out his gun and hit me on the head with it before he pushed me to the floor. He threatened to kill me and then took off my underwear and raped me,” she said.

She said she has been living in fear since her ordeal. Another victim, a 39-year-old woman, said Mahloma raped her after breaking into her house. She said Mahloma then called his friends to steal her possessions.

“I was left emotionally distressed and I have been asking myself why he chose my house. The incident also affected my relationship with my partner,” she said.

Mahloma was found guilty in July of 91 of the 104 charges against him – ranging from rape, robbery with aggravated circumstances, defeating the ends of justice, housebreaking, kidnapping and assault.