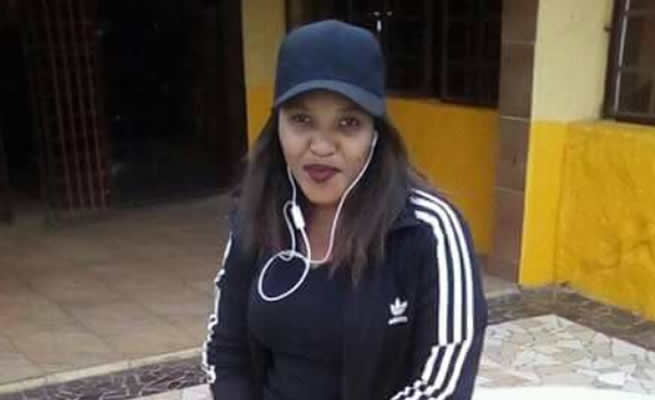 Rosemary Phago accidentally left her phone in a taxi on her way home and the person who found it did the most unimaginable thing and leaked her nudes on social media.

The 26 year old is now in desperate need to clear her name following the public humiliation which cost her, her fiancé and job.

This is her story:

“I was listening to music in a taxi while traveling from Johannesburg to Hammanskral when the driver put his music on blast and I was forced to turn mine off. Immediately thereafter I thought I put my phone in my bag, but I mistakenly left it on the taxi seat.

To my dismay when I arrived home my phone was missing and a few days later I started receiving texts on a relative’s phone which I had used to contact my phone, from the person who had allegedly found it. This person was demanding sex as well as cash in exchange for my phone and threatened to leak my nudes which I thought he wouldn’t dare do.

It was only a few months later after I had called it a bluff, that I noticed that my nudes were trending on social media.

I was so shattered.

More than anything I was embarrassed and to make matters worse I was pregnant at the time. I was stressed even more by the fact that my parents were devout Christians and avid churchgoers. I lost my mind at the thought of the embarrassment not forgetting the shame I had brought to my family.

In the middle of it all I ended up losing my fiancé as well as my job. Due to all the stress I endured, I was forced to undergo an emergency C-section for the birth of my son – who I would’ve never been able to forgive myself if I had lost.

I know that I cannot stop people especially in my community from gossiping or judging me based on what they’ve seen on social media but it’s the constant pop-up fake accounts with my explicit images that hinder me from ever clearing my name.

I have seen five fake accounts which I have reported and even asked close friends to report. One of my gravest concerns is that the people responsible for these fake accounts are using them to scam others into sending them money, data or even airtime which in essence places me in danger.

Should I ever accidentally encounter these people in real life who assume I’m the actual person behind the fake accounts, I fear that my life will be at stake.

Not forgetting the kind of disrepute this brings to my reputation, it has in the long run affected me when it comes to seeking unemployment, with most people assuming that I sell my body for sex in exchange for money.

To this day I am still finding it hard to find employment and knowing that I have a son to provide for doesn’t make matters any easier.

Throughout this scandalous saga my parents have been very supportive and patient with me. More than anything I appreciate the fact that they know the kind of woman they raised.

It’s only been a few months since the incident occurred and although there isn’t that much hype around the matter anymore, I continue to take it one step at a time.

Although I have not been in contact with the person who leaked images that were meant for my eyes only, I do applaud him in his successful efforts to ruin my name.

I would like to kindly advise anyone who comes across accounts or pages on social media which have my images to please report them in an attempt to help me clear my name.”