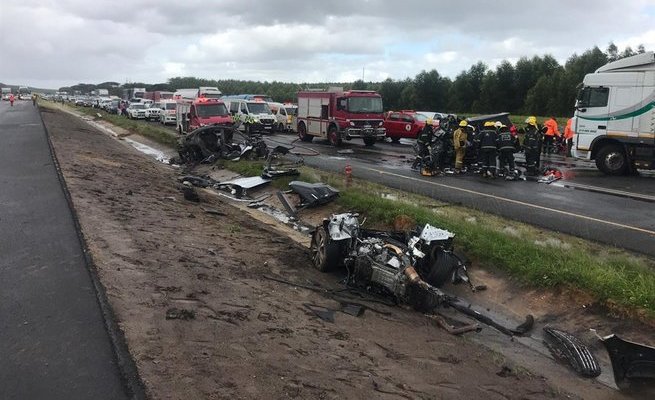 There were 1, 612 deaths on South African roads during the festive season.

This is according to the preliminary Festive Season Road Safety Report‚ that transport minister Blade Nzimande released in Pretoria yesterday.

“Although we have not succeeded in achieving the goal of a 10% reduction in fatalities over this period‚ we shall not despair. We will continue to take incremental steps until we reach our goal‚” Nzimande said.

Nzimande quoted The World Health Organisation’s Global Status Report on Road Safety‚ released last month‚ which stated that 58% of road traffic deaths in SA involved alcohol and that the seatbelt wearing rate was as low as 38% for drivers and 31% for front-seat passengers. According to yesterday’s report‚ “At least 36% of people dying from road-related incidents this year were passengers.”

This is an increase from 34% recorded last year. The provincial breakdown of accidents and deaths is:

A comparison of this year’s statistics with those for the same period last year shows the Northern Cape‚ Free State and Eastern Cape recorded the highest percentage increases in fatalities.