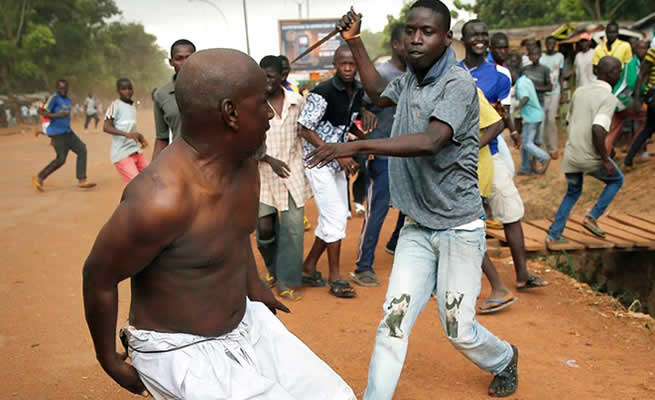 FOR the past year these residents have been complaining about the behaviour of a local pastor. They claim the pastor at a church in Jozini, northern KZN, is a wolf in sheep’s skin, and has allegedly been bonking married women in the village.

On Thursday, residents decided they were gatvol and destroyed the church. They vowed if they ever saw the pastor in the area again, they would organise him an early meeting with his creator.

A 43-year-old man said his heart sank whenever he thought about the damage caused to his marriage after the pastor poked his wife.

“I work in Gauteng and I used to come home every few months,” he said. “It had been like that for several years and there were no problems with my wife because we had been married for a long time.”

He said in 2017, villagers told him he needed to keep an eye on his wife because her behaviour was odd.

“I later discovered my wife was having a lot of sleepovers at the pastor’s house.”

It’s believed that while residents were demolishing the church, the pastor was visiting his home town in Swaziland with another villager’s wife.

Church committee chairman Alpha Dlamini said: “We suspect residents are jealous because our pastor’s prophecies are always on point. We know nothing about these allegations, and we think they are doing this to him because he is not South African. If they are sure about these claims, they should go to a court or the police.”