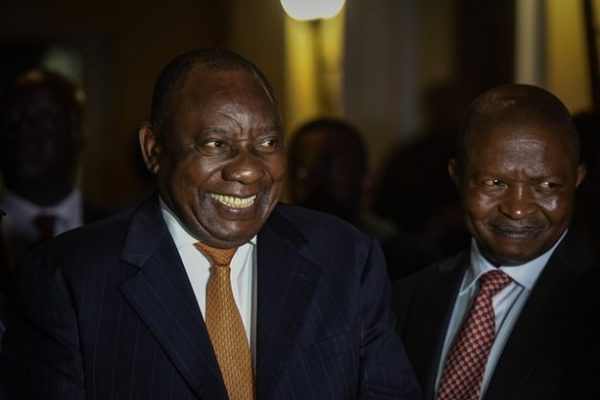 South Africa left without a president as both Ramaphosa and Mabuza leave the country. President Cyril Ramaphosa is heading to Mozambique on a working visit, while his deputy, David Mabuza, left South Africa on Monday morning on a similar trip to Ethiopia. Our deputy president is in Ethiopia, our president is in Mozambique, and it’s unclear who’s currently in charge.

The presidency said Ramaphosa’s visit to Maputo would include talks with his counterpart Filipe Nyusi, during which the pair would discuss bilateral, regional, and global issues of common interest.

“Mozambique was among the Southern African Development Community (SADC) countries that President Ramaphosa visited soon after he assumed [the] presidency in 2018, therefore this is a continuation of cordial high-level talks.”

The presidency said Mabuza was travelling to Ethiopia in his capacity as special envoy to South Sudan. “The working visit … takes place in the context of strengthening the ongoing political efforts geared towards finding lasting peace and development for the people of South Sudan,” it said.

Last month, Mabuza held various bilateral political consultations with heads of state and governments from the Intergovernmental Authority on Development (IGAD) on the implementation of a peace agreement for South Sudan.

The presidency said Mabuza had visited Uganda, Kenya, and Sudan “where all leaders and other relevant stakeholders have expressed an urgent need for full implementation of the peace agreement”.

It said the deputy president would in Addis Ababa meet Ethiopian Prime Minister Dr. Abiy Ahmed Ali in his capacity as the chairperson of IGAD “to push for full implementation of the revitalised peace agreement on South Sudan”.

It was not immediately clear who would be South Africa’s acting president in Ramaphosa and Mabuza’s absence.