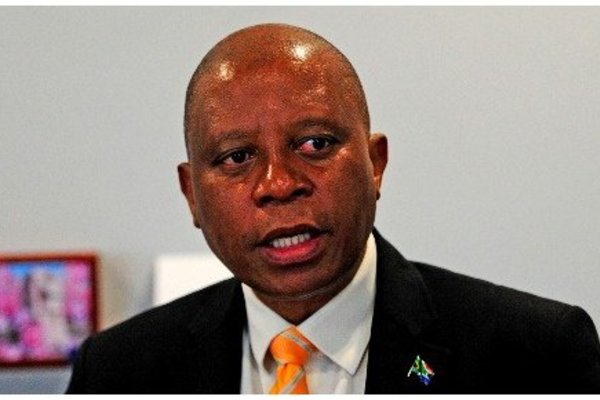 Johannesburg mayor Herman Mashaba has the Twitter community puzzled after his comment that the distribution of sanitary towels promotes pupils to think of sex.

The debate ensued after the mayor posted a screenshot of minister of environmental affairs Nomvula Mokonyane posing alongside Grade R pupils with a delivery of sanitary towels.

“Are these fake news? These children deserve books and toys,” Mashaba tweeted

Are these fake news? These children deserve books and toys pic.twitter.com/K0pyr9sHeq

Mokonyana has since come out to clarify that the sanitary towels where for deserving pupils at the school as the visit was at a combined school.

“Lakelani! Mamelani! Reetsang! Listen! We were at a school called Mandosi. It's a combined school. The sanitary towels are for deserving girls! The Vodacom goodies are for GradeR and lower primary kiddies. Go on armchair critics and passionate haters of Nomvula. Ikhonkotha ehambayo!” she tweeted.

However, what tweeps were most interested in is how the mayor saw a connection between sanitary towels being distributed in schools and the promotion of sexual activity among learners.

In response to a tweet calling Minister Mokonyana a lazy thinker, Mashaba went on to say he saw this as a deliberate act of destroying the future of the youth.

“This for me this is not about laziness, but deliberate destroying the future of our youth. You get kids to focus on sex, instead of Education,” Mashaba said.

This for me this is not about laziness, but deliberate destroying the future of our youth. You get kids to focus on sex, instead of Education https://t.co/QmGNHVCY2v

I mean really now. Such rubbish about menstruation @HermanMashaba. Taking us hack and undoing years of evidence based work on sexuality education and how the body works. Stigmatizing young girls for a natural biological occurance to score cheap political points