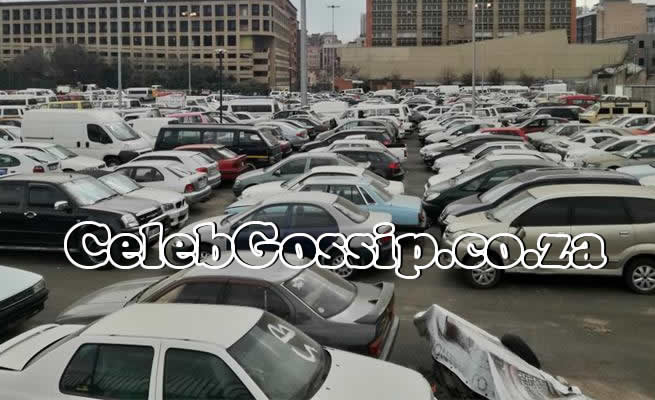 If it sounds too good to be true, it probably is. That is the hard lesson hundreds of gullible motorists have learnt after buying cheap second-hand cars, only to have them confiscated because they have been illegally imported and fraudulently registered.

Since November, police, the State Security Agency and the SA Revenue Service have been clamping down on the estimated 20,000 vehicles that are illegally registered and sold in SA every year. These were shipped to the country and were also en route to neighbouring states.

It is believed the vehicles — second-hand and mostly from China — were intercepted at ports by a criminal syndicate before they could be loaded onto trucks. They are then fraudulently registered on the eNatis vehicle registration system and sold to unsuspecting buyers.

Komga pensioner Nomawabo Mtyapi, 68, lost her life savings when she bought a 2017 Volkswagen Touran last February for R120,000. The car usually sells for around R290,000.

Mtyapi’s daughter introduced her to a car dealer named Prince Badmus, who sold her the seven-seater vehicle.

“I used my entire savings and money I inherited from the passing of my daughter to purchase the vehicle,” said Mtyapi.

In October she was visited by two police officers who confiscated the car, telling her it had been fraudulently registered.

“I called Prince and he denied the car was fraudulently registered. He promised me my car was coming back, but he has since been ignoring our calls,” Mtyapi said.

“I have now resorted to using taxis and my grandchildren are suffering due to this.”

Another victim, Nompumelelo Jaji, used a life insurance payout to buy a 2017 Toyota Yaris. Her vehicle was seized by police in October. Jaji paid R60,000 for her car, which would ordinarily sell for about R170,000.

“I bought this car from a foreign national named Ola. I used the car for my business,” Jaji said.

“Importing used vehicles into SA is only allowed in exceptional cases. For example, to immigrants with permanent residence and residents returning to SA,” Naidoo said. However, most neighbouring countries relied on passage through SA for their imports, which included used vehicles.

Naidoo said anyone who bought an illegal vehicle would have no legal recourse.

A member of the task team, who did not want to be named, said police had confiscated more than 300 vehicles in the Eastern Cape alone since June. He could not give a national figure.

“SA and China have a bilateral agreement. A designated area at the Durban port is made available for these vehicles. They are then loaded into trucks destined for Botswana, Namibia, Malawi, Zimbabwe and Mozambique. [However, some] are intercepted at the harbour, registered illegally through eNatis, and sold to unsuspecting buyers,” he said.

The source said the vehicles mostly came in through the Durban harbour.

“The investigation is two-pronged — we are looking at how they get the vehicles through customs without the authorities knowing, as well as how the vehicles get registered on the eNatis system.”

Motsamai Mollo, chair of the National Association of Automobile Manufacturing of SA’s vehicle crime prevention committee, said he was concerned about the number of illegally imported vehicles because they undermined the new and used car market in SA, and impacted negatively on employment.

“We estimate that the number of illegal vehicle imports is upwards of 20,000 per year,” Mollo said.

Contacted by the Sunday Times, Badmus, a Congolese national, confirmed selling the vehicle to Mtyapi. He said he had bought the vehicle from another Congolese and did not know it was illegal.

Asked if he was prepared to give a statement to police, Badmus replied “I enter nowhere” before threatening legal action and ending the call.

Ola, who would not give his surname, said he had given the police a statement. He said he had sold the car to Jali on behalf of someone else.

“The vehicle was registered. It is not my problem that it has been confiscated.”

Sars spokesperson Sicelo Mkosi said the tax authority had destroyed a number of illegal vehicles as part of a clampdown on noncompliance in various customs sectors.

“Previously, the seized second-hand imported vehicles were sold at customs auction for export. But these vehicles invariably found their way back into SA.”

He said 317 vehicles had been forfeited to the state this financial year.