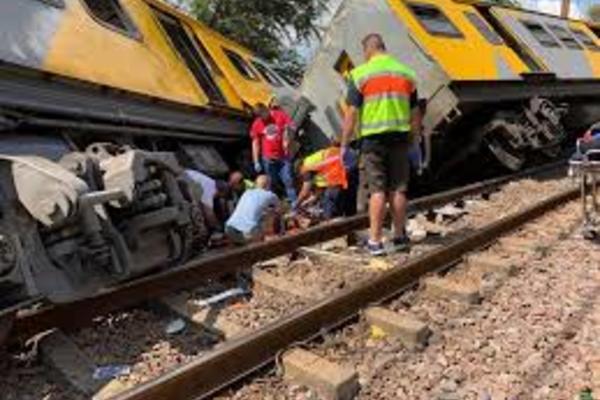 The Rail Safety Regulator has confirmed that during manual rail operations there was a communication breakdown.

The Railway Safety Regulator has released the findings of a preliminary investigation, finding that it was human error, a breakdown in communication, between officials led to the Metrorail train crash in Pretoria this week that claimed three lives.

More than 600 people after the trains travelled on the same line towards Pretoria from Mabopane when they collided at Mountain View Station, northeast of Pretoria. The trains were transporting more than 800 passengers.


The state-owned company’s train services between Mabopane and Pretoria are still shut down, with repairs to damage totalling more than an estimated R20 million under way. Eighteen buses are currently in service to attempt to help commuters. Metrorail has also opened a walk-in centre for injured victims.

Transport Minister Blade Nzimande said he was outraged and initially laid the blame at the door of cable theft.

Nzimande said cable theft results in the malfunctioning of the signalling system, which forces train operations to be switched to manual authorisation, which leads to miscommunication.

“Like today, clearly there must have been a miscommunication somewhere,” he said.

Nzimande said management had to account on why money was being spent on upgrading security, yet cable theft was still on the rise.

“We are spending such a lot of money and it looks like it’s business as usual … These security companies have been taking hundreds of millions of rands from our Metrorail but there isn’t a big difference that is seen.”

The regulator in its report confirmed that the route between Pretoria North and Mountainview was being managed manually since November.

The report also reveals the officer and the driver did not comply with language policy.