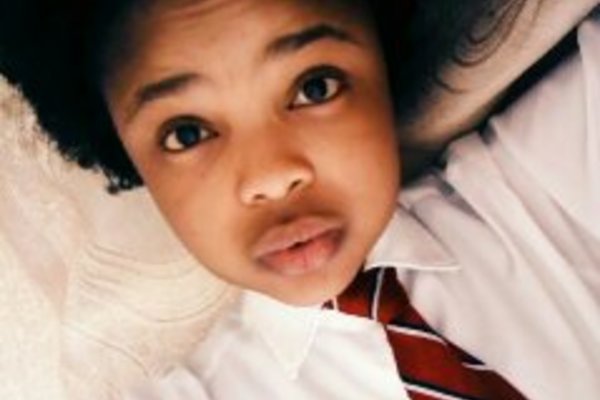 The mother of the 18-year-old Grade 11 pupil at Vorentoe High wants justice.

The mother of the 18-year-old Grade 11 pupil at Vorentoe High School, who committed suicide at her home in Klipspruit after allegedly being bullied by her teacher, is demanding justice, she told Soweto Urban.

Nicole Mnguni took her own life on Tuesday after returning from the school to fetch her report, which they allegedly refused to give to her. She left a note which details the alleged abuse by the teacher. She also stated she wanted peace and to be with her father.

Mnguni is said to have been a victim of harassment and bullying by her teacher, and the school is aware of the case, but had allegedly not taken any action to address the case.

Her mother, Jessica Mnguni, told Soweto Urban she could see that her child’s self-esteem was dead.

“Nicole is so bubbly but that woman killed her self-esteem, so she couldn’t take it. There was a time I went to the school, this teacher asked, are you Nicole’s mother?

“I said yes… She said your child, I was even shouting at her, she’s not doing well in class. I don’t know why she doesn’t drop it, and she’s not going to be anybody in life. I am not hurt, I am finished.”

Her friend, Mmathabo Makibelo, described her as an amazing soul who had a vision. We tried getting a hold of the Gauteng department of education but were unsuccessful. The deceased left this note, see below: 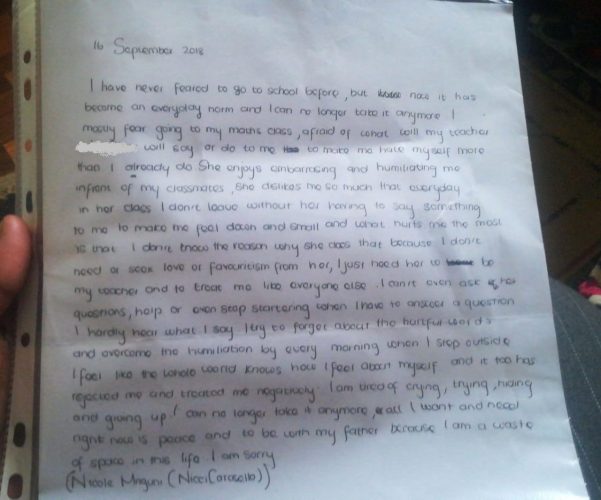