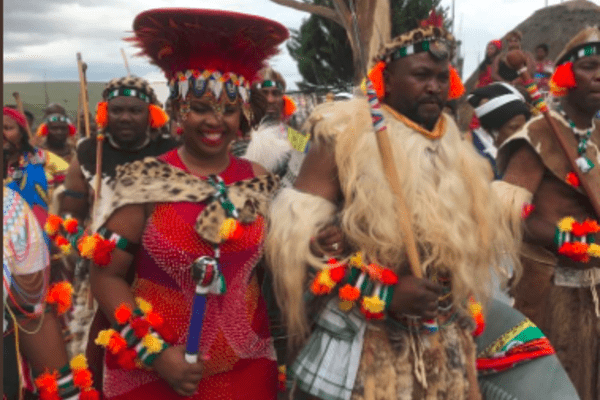 Newly-wed presidential spokesperson Khusela Diko has become the latest stock-theft victim after 24 cattle, paid as lobola for her, were stolen in Mthatha in the Eastern Cape.

Her family is still angered by the theft, despite a happy ending, saying they were “dismayed by heartless livestock thieves who had no respect for the sacredness of lobola and no fear of the ancestors’ wrath”.

Khusela, whose maiden name is Sangoni, is a princess of AbaThembu of the Nobetha royal clan, with her family ruling over several villages in Qokolweni near Mthatha.

Thandisiwe had paid an undisclosed sum as lobola, which included the 24 stolen cattle.

The cattle, which were grazing on nearby communal grazing land, were all stolen on December 27 — barely two weeks after the wedding.

Nkosi Sangoni confirmed that all 24 cattle, which have since been recovered, were part of the lobola payment. “We are just happy that all have been recovered and the suspects arrested,” said Sangoni.