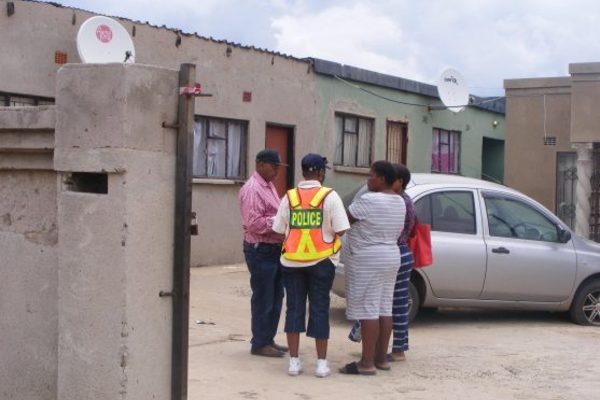 One of my tenants asked her where her children were and she said she took them to her relative
A woman who was arrested for allegedly killing her four children in Klarinet in Emalahleni, Mpumalanga, might have spent some days with their bodies in her rented room, her landlord Matilda Mahlangu said on Monday.

Mahlangu told the African News Agency (ANA) that she and her other tenants became suspicious on Sunday afternoon, when they saw flies between the curtains and windows of the room.

“There was also an unbearable smell in the whole yard,” said Mahlangu.

“One of my tenants asked her where her children were and she said she took them to her relative. We asked her to open the room’s door but she refused. We then broke the door open…and called the police. It appeared as if she has been sleeping on the floor next to the bodies.”

Mahlangu said she last saw the children — two girls, aged four and eight, and two boys, aged seven-years-old and 11-months-old — on December 22 in her yard.

On Sunday, Mpumalanga police spokesman Brigadier Leonard Hlathi said the 30-year-old woman handed herself over to the Vosman police while the police were on the scene, adding that the bodies were in the early stage of decomposition.

Hlathi told ANA on Monday that the woman was admitted to the hospital on Sunday evening, but did not reveal the reason for her hospitalisation.

“She will appear in court on Wednesday on four counts of murder if she is discharged from the hospital,” said Hlathi.

He said that her case would be heard in court in her absence if she was not discharged.